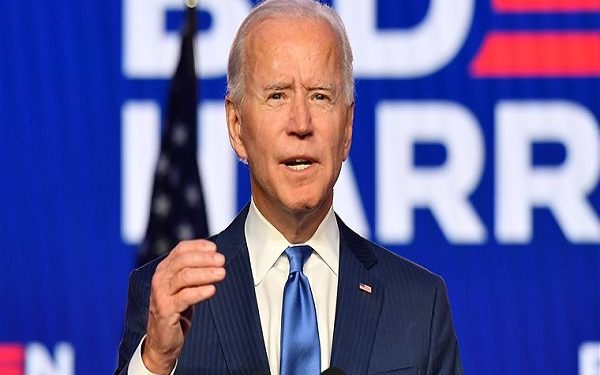 Former Vice President Joe Biden is projected to have defeated Donald Trump and will become the 46th president of the United States, capping a dramatic election that saw the president prematurely declare victory after the Democratic nominee spent months declaring him unfit for office.

Mr Biden, now declared as the president-elect after his third White House bid, secured the presidency after the Associated Press on Saturday declared him the winner in Pennsylvania. Its 20 Electoral College votes put him over the 270 needed to win, stamping the Trump presidency with a 20 January expiration date. The AP had already called Arizona and its 11 Electoral College votes for Mr Biden, although other outlets waited for the full result. Counts were still ongoing in two other swing states with close margins: Georgia and Nevada.

The declaration for Mr Biden came on the fourth-post Election Day of vote-counting, which played out on live cable television networks as states and counties methodically verified ballots and released results. The former vice president delivered brief Friday evening remarks, urging patience. But he again signaled victory, saying the numbers and many of the still-coming ballots appeared to be ones in his favor. He also used the speech to continue urging the country to put aside its deep differences.

“We may be opponents — but we are not enemies,” he said. “The purpose of our politics is not total unrelenting warfare. … We have to put the anger and demonization behind us. It’s time for us to come together as a nation to heal.”

Since he surged ahead in several swing states, the former Vice President has made repeated appeals for unity, with some experts saying his goal of bringing together the country will be an uphill fight.”Let me be clear: we are campaigning as Democrats,” Mr Biden said on Wednesday of himself and his running mate, Vice President-elect Kamala Harris. “But I will govern as an American president.”