Update : Supreme Court Fixes July 28, For The Hearing Date For Akeredolu and Jegede 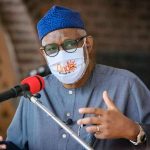 The Supreme Court has fixed July 28, 2021 for the commencement of hearing into the case filed to challenge the victory of Governor Rotimi Akeredolu of All Progressives Congress (APC) in the October 10, 2020 governorship election. The candidate of the Peoples’ Democratic Party, Mr. Eyitayo Jegede had appealed the decision of the Court of Appeal that validated the election ... END_OF_DOCUMENT_TOKEN_TO_BE_REPLACED

BREAKING: End of the Road, As Senate rejects Onochie as INEC commissioner 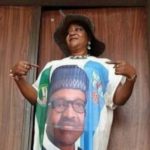 The Senate, on Tuesday, rejected the nomination of Lauretta Onochie as a National Commissioner of the Independent National Electoral Commission. Chairman of the Committee, Kabiru Gaya, in his report, said Onochie did not satisfy the provisions of the Federal Character Principles. The Senate at the committee of the whole subsequently voted against her nomination. END_OF_DOCUMENT_TOKEN_TO_BE_REPLACED 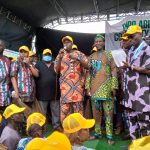 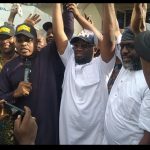 In an unusual show of solidarity and sportmanship, stakeholders and leaders that matter in Ifako Ijaiye gathered to embrace, support, endorse and present *Prince Usman Akanbi Hamzat* as the All Progressive Congress Chairmanship candidate in the forthcoming 2021 Local Government Election. The gathering which was in a canival-like mood with several leaders and thousands of supporters spoke in one voice ... END_OF_DOCUMENT_TOKEN_TO_BE_REPLACED 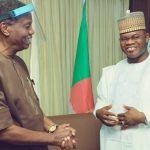 General Overseer, Redeem Christian Church of God (RCCG), Pastor Enoch Adeboye has lauded the governance and leadership style of Gov. Yahaya Bello of Kogi, describing him as a man of faith. Speaking when he visited Bello on Saturday in Lokoja, Adeboye also commended the governor for his religious tolerance. Adeboye said that the show of faith by Bello in handling ... END_OF_DOCUMENT_TOKEN_TO_BE_REPLACED 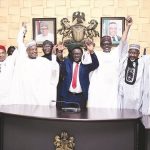 Security forces, led by the Police, were seen yesterday morning guarding the erstwhile PDP Secretariat in Cross River State at 42 Murtala Mohamed Highway, as some men began the painting and cresting of the building with APC colours, logo and flags. The Peoples Democratic Party (PDP) in its reaction yesterday said the party “vehemently protests this primitive invasion of the ... END_OF_DOCUMENT_TOKEN_TO_BE_REPLACED

2023 ELECTION : I dumped PDP for APC to take Cross River to the centre, says Ayade

Cross River State Governor Ben Ayade, who became the latest governor to defect from the opposition Peoples Democratic Party (PDP) to the ruling All Progressives Congress (APC), said he took the step to re-classify his state. He told visiting APC governors and leaders inside the Executive chamber in Calabar where he was received into his new party: “Recognizing the role ... END_OF_DOCUMENT_TOKEN_TO_BE_REPLACED

Lagos APC members cry foul over Dep.Gov. Hamzat’s appointment as Council Election Chairman as his insincerity and inconsistency in question! 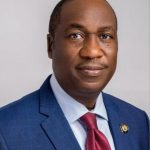 If what is going round in the political terrain of Lagos state, especially Ifako/Ijaiye Local Government concerning the appointment of the Deputy Governor of Lagos State, Dr. Obafemi Hamzat as APC Local Government Screening and Council Election Committee Chairman and Primary Elections Committee, then extra care must be taken to a biased imposition of some candidates on the electorate ... END_OF_DOCUMENT_TOKEN_TO_BE_REPLACED 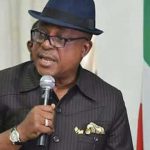 THE Peoples Democratic Party has dismissed as spurious and irresponsible claims by a member of the party, Mr Kassim Afegbua, that the Uche Secondus-led National Working Committee, allegedly mismanaged N10bn. Afegbua, had in a petition submitted to the Economic and Financial Crimes Commission as well as the Independent Corrupt Practices and Other Related Offences, alleged that the Secondus-led NWC could ... END_OF_DOCUMENT_TOKEN_TO_BE_REPLACED 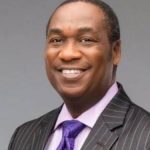