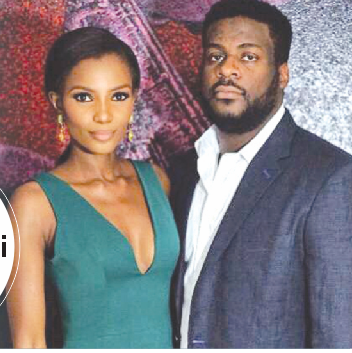 BETTER known as former Miss World, Agbani Darego is the epitome of beauty and the dream of most men. When she married Ishaya Danjuma in 2017, many hearts were broken.

Apart from being successful in her career, Agbani seems to be happy in her marriage too. The union is blessed with a son.

Although little is known about her private life as she keeps things away from the public, the ex-beauty queen’s recent pictures have divided her fans. While some on social media still adored her beauty, others felt she was not her old self.

One fan said: “She is definitely not her old personality.”

Another remarked: “She was a model, still a model. They always want to stay slim, fit and beautiful.”

Married to the son of politician and billionaire, General Theophilus Danjuma, the 38-year-old was born in Lagos. In her teenage years, she lost her mother to complications arising from cancer.

Darego took up modelling as a career after which she participated in the Face of Africa pageant organised by M-Net. While schooling in University of Port Harcourt, Agbani contested for the Most Beautiful Girl in Nigeria in 2001 and won the event. She gained global prominence after winning Miss World, becoming the first and only Nigeria to achieve such a huge feat.