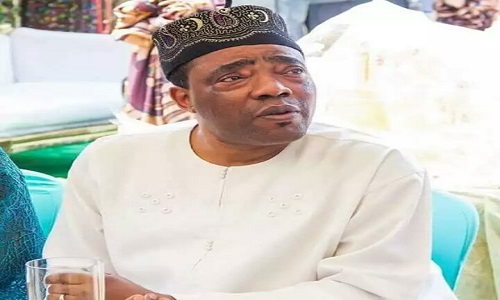 In a letter to the influential politician on Thursday but released at the weekend by his Media Office, Tinubu described Solomon as an astute politician, experienced lawmaker and dependable ally who has contributed immensely to the development of Lagos State, Nigeria and the progressives family. Solomon’s credential as a progressive, according to Tinubu, has never been in doubt.    “From the Alliance for Democracy, through Action Congress and now APC, Solomon has always been pro-people and an influential member of our political family,” he said. Asiwaju recalled how Solomon served diligently as Chairman of old Mushin Local Government, adding: “His imprints in the area of infrastructure and social amenities dot Mushin landscape. His GOS Foundation continues to provide assistance in skills acquisition, educational development, micro-credit, health-care and poverty alleviation.  “As House of Representatives member representing Mushin Federal Constituency 1 and later Senator representing Lagos West Senatorial District, he contributed immensely to law-making and served on critical committees including works, sports, rules and business, and integration and cooperation as well as capital market.” While praying for continued good health and renewed vigour for him, Tinubu also wished him many more years of meritorious service to Lagos and his fatherland.