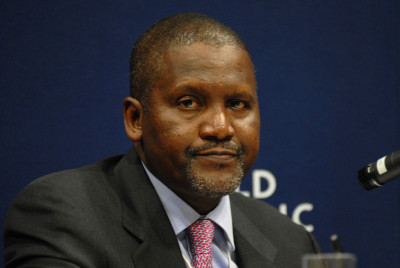 The Aliko Dangote Foundation has okayed N10billion for the empowerment of 1000 vulnerable women in the 774 local government areas of the country.

The Foundation is a multi-purpose grant-making vehicle driving interventions in critical sectors including education, health, population and community have started a scheme targeted at vulnerable women in select states of the federation.

Speaking on the sidelines  of the ongoing Nutritious Food Fair(NFF) organised by HarvestPlus Nigeria in Lagos, its Director, Health and Nutrition, Dr Francis Taiwo  reiterated the foundation‘s  readiness to empower thousands of women through its micro grant programme. He said it is aimed at ameliorating widespread poverty in the nation and appropriately empowering both women and youths. The micro-grants programme is one component of the economic empowerment pillar of the foundation. It provides disadvantaged and vulnerable women with a one-off, unconditional N10,000 cash transfer to boost their household income generation.

During the fair ‘s  session, Taiwo said the  Foundation is  spending  $100 million (about N36 billion) over the next five years to tackle malnutrition in the worst-affected parts of Nigeria.

The mission of the organisation, according to him, to foster more productive, sustainable varieties contributes directly to U.N. Sustainable Development Goal (SDG) 2, “Zero Hunger. But decades-long work to develop biofortified versions is now bearing fruit in the form of nutrient-enhanced varieties of particular benefit for people who rely heavily on staple crops in their diets.

Vitamin A (VA) deficiency, he added, is the leading cause of preventable childhood blindness and nearly one third of children under the age of five are at risk of developing VA deficiency.

ProVA maize, Ilona noted has been shown to be effective at increasing VA status in at-risk children, reducing the likelihood that they will suffer from complications such as blindness.