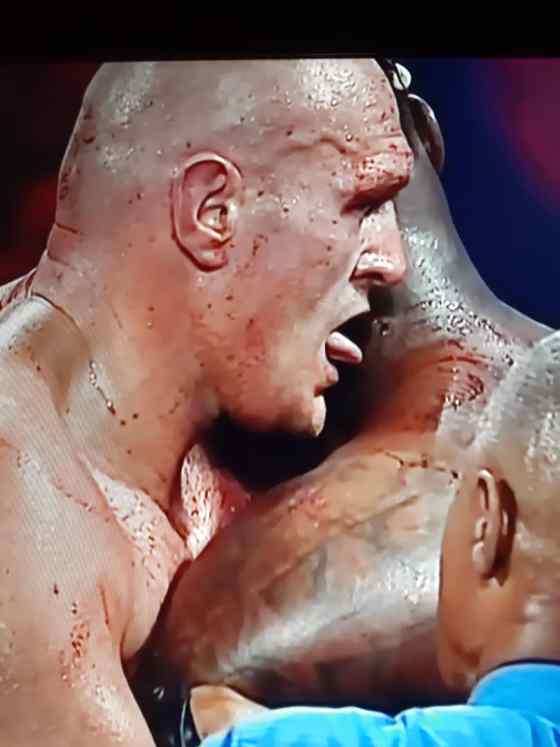 social media reacts On February 23, 202010:24 amIn Sports Kindly Share This Story: Facebook Twitter Email WhatsApp Pinterest Share Fury licked blood off Wilder, praised Jesus, sings American Pie, social media reacts Victor Ogunyinka Only a few would have expected that it was going to be one-sided, Tyson Fury was headstrong, only a knockout would do it for him against Bomber, Deontey Wilder, He kept his promises. Talking about promises, it looks like the Gypsy King knows how to keep them all. He promised to sing a song after his victory, he did that in style as the crowd sang along the American Pie with him. Also read: Joshua’s next five potential opponents as he eyes mega-fights with Wilder, Fury His brilliant speech, thanking Jesus and dedicating the victory to him is rare in that fashion; leaving your opponents with a bloodied face and thanking Jesus? (Devil must be in real big trouble). There was even enough time to reserve praises for his prey, “Wilder will be champions again…” there was even more time to enjoy his own victory. “…But the King is back,” he said. The reactions from social media tell it all.