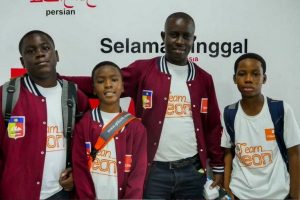 The draws for the 2018 Principals Cup football competition held at the Corporate Head Office of Guaranty Trust Bank on Thursday 31st May 2018.

The season began on April 17, 2018 with zonal preliminaries which featured 594 Teams from 335 Schools in the male and female categories. The competition is open to Schools from the 6 educational districts in Lagos State. A total of 586 matches were played during the zonal preliminaries with 1,448 goals scored. Thirty Two (32) of these teams – 16 each from the two categories qualified to take part in Thursday’s draws. The draws produced the following groups in the female and male categories respectively: 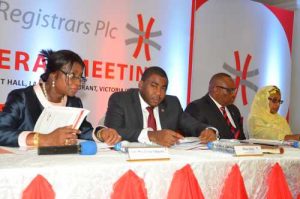 Matches will take place at 4 venues; Dairy Farm Senior Secondary School, Agege, King’s College, Lagos Island, St Finbarr’s College, Akoka and Ansar-Ud-Deen College, Isolo.Winners and runners up from each group will progress to the Quarter Final stage of the competition.

Thursday’s draws which were monitored by officials of GTBank, Lagos State Principals Cup Planning Committee, Lagos State Ministries of Youth/Sports and Education amongst other stakeholders.

Over the years, the GTBank-Lagos State Principals Cup has propelled the professional careers of several talented and now renowned players like Stephen Odey – who recently won the Swiss Cup with FC Zurich. Stephen captained his alma mata Dairy Farm Senior Secondary School, Agege to victory in the 2012 edition of the competition, Esther Adeboye, one of the Most Valuable Players in the 2014 Competition from State High School, Alimosho was part of the National Female U-17 Team, The Flamingoes which represented Nigeria at the FIFA U-17 Women’s World Cup. Guaranty Trust Bank, a youth oriented brand, maintains the lead in providing support for education and sports to enable young boys and girls explore their talents and reach for their dreams. It is one of the few Nigerian financial institutions that have maintained a defined Corporate Social Responsibility (CSR) strategy, most especially in sports education. The Bank actively supports in-classroom and out-of-classroom educational programmes, infrastructure development, students’ scholarship and teachers training across Africa.