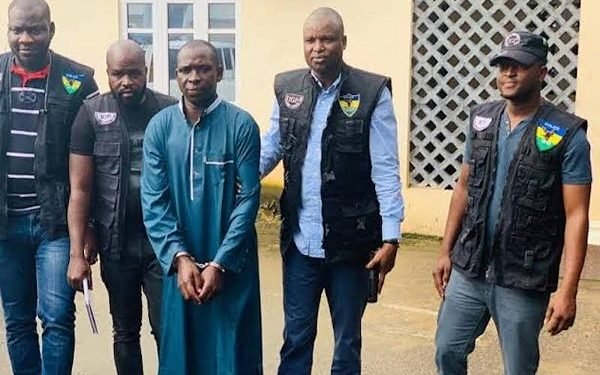 A Federal High Court in Abuja heard on Wednesday how soldiers engaged a welder to aid the escape of suspected Taraba State kidnap kingpin, Bala Hamisu (aka Wadume).

The police said a team of policemen had gone to the state to arrest Wadume but was ambushed by a group of soldiers, allegedly led by Captain Tijani Balarabe, who freed the suspected kidnapper.

This happened as Attorney-General of the Federation and Justice Minister Abubakar Malami (SAN) denied allegations that the Federal Government had been shielding soldiers accused of complicity in the Wadume case from trial.

“The soldiers can now be charged before a court martial. For the military to release their personnel for prosecution, ordinarily, there are in-house processes and procedures that are to be consummated. So, those that are handy for the purpose of prosecution cannot be held in custody for unduly longer period of time on the account of the absence of the military.”

Testifying during the resumed hearing in the trial of Wadume and six others, a welder, Hafizu Bala said he was engaged by the soldiers to cut the handcuff with which the police had restrained Wadume.

Those being tried with Wadume are: Auwalu Bala (aka Omo Razor), Uba Bala (aka Uba Belu), Bashir Waziri (aka Baba Runs); Zubairu Abdullahi (aka Basho) and Rayyanu Abdul.

The defendants are accused, in the 13-count amended charge, of engaging in acts of terrorism, murder, kidnapping and illegal arms running.

Led in evidence by Lead Prosecutor Magaji Labaran, the welder, who was the second prosecution witness, spoke in Hausa but had his testimony translated into English language.  Bala said: “I am a welder and resident of Ibi in Taraba State. I came to testify about what happened.

“On August 6, 2019, I was sitting in my shop when a motorcycle rider came and asked me to go and break a padlock for him. The rider was a soldier. We went to a military camp …and the road was blocked. But the motorcycle rider showed them my tools and handsaw before they allowed us to pass.

“After we went inside, we went straight to Capt. Balarabe’s house. We met Alhaji Hamisu Wadume with two military men, with other people inside. I met him with handcuffs in his hands and legs.

“When I went inside, he was sitting on a chair. I told them that where he was sitting would not be comfortable for me to do the work well, that he should sit on a double chair.

“I was taken to the place to break a padlock, but what I saw were handcuffs. One of the military men asked Wadume to stand for photograph. Alhaji stood and raised his hand for the picture. After that, I started working on the handcuffs. Eventually, I was able to cut them off.

“After that, I did not do any other thing; I went home. There is one DCO that assisted me to cut the handcuffs.”

At the conclusion of Bala’s testimony, Labaran called the third prosecution witness, Ahmad Suleiman (aka Dan Ball), who gave details how Capt. Balarabe asked him to help retrieve a rifle from one of the defendants.

Suleiman described himself as a businessman and a resident of Ibi in Taraba State. He also spoke in Hausa language and his testimony was interpreted into English.

When asked if he knew Baba Runs, Suleima identified him as the fifth defendant in the dock.

Earlier, an Assistant Superintendent of Police (ASP), Felix Adolije, who had testified as the first prosecution witness on Monday, was discharged yesterday after he was cross-examined by the defence lawyers – Ishaka Dikko (SAN), M. I. Toga, Y. Dandana, Amanze Amanze, Abass Ajiya, Kuzaet Magaji and F. O. Fagbemi.

Adolije led the police team that arrested Wadume but they were attacked, leading to loss of lives.

Justice Nyako ordered that the defendants be transferred from the custody of Police Special Anti-Robbery Squad (SARS) to Kuje Prison in Abuja.

She adjourned till July 7 for continuation of trial.