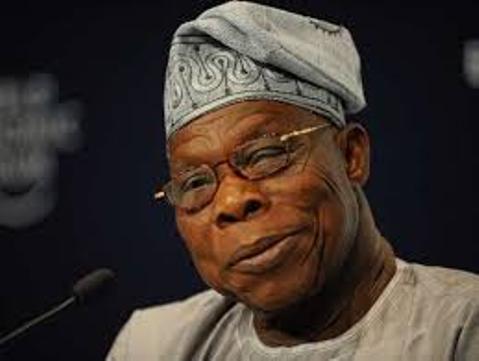 Former President Olusegun Obasanjo on Thursday formally launched the Coalition for Nigeria Movement (CNM) in Abeokuta, the Ogun State, and declared that he would cease to be a member if the movement morphs into a political party or dabble into partisan politics.

Obasanjo who stormed the Secretariat of the Ogun State Council of the Nigeria Union of Journalists (NUJ) in Oke – Ilewo, Abeokuta, at 12:42 p.m. and registered his membership 10 minutes later,  said CNM is not a “third force” but a popular movement of Nigerians  to propel the country forward irrespective of their political affiliations.

He was accompanied by armed security operatives and politicians that former Governor of Osun State, Prince Olagunsoye Oyinlola, his Cross River counterpart, Donald Duke, former Minister of State for Defence, Mrs. Dupe Adelaja, opinion leaders and hundreds of enthusiastic residents  desirous of registering their membership of the movement.

Oyinlola is the National Coordinator of CNM.

Obasanjo lamented that the leadership of the country has taken nation – building for granted, with citizens being robbed of the sense of belonging.

He noted that the present composition of the nation’s security apparatus negated the federal character principle enshrined in the constitution.

He said his letter to President Muhammadu Buhari where he chronicled several problems with the system and suggested solutions was not frivolous but written because of his deep concern for the country.

The ex-President said: “Nigeria must rethink and retool if the instruments being used in nation – building and governance since independence have not served the country and citizens right.”

He said CNM is the new direction to mobilise Nigerians for true development, unity, cooperation, security, rule of law, stability, welfare and wellbeing.

He also declared if Nigeria must change for better, the real change should be brought about by the youth and women, who were often the direct victims of bad system