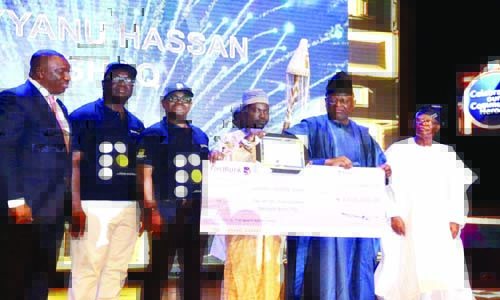 The unbanked and underbanked, two groups at the centre of retail banking, need to be captured for the financial system to achieve its full potential. The KPMG Nigeria Banking Industry Customer Experience Survey says customers have expectations about how their needs will be met and meeting this requires banks deploying the right network and technology. FirstBank of Nigeria Limited has, through its Firstmonie Agent Banking Network, is taking banking to the grassroots and the unbanked.

Banking is no longer where you operate, but what you do. And doing more in today’s banking world requires the right tool, network and technology. Capturing the retail segment of the sector requires the right technology and product. The KPMG Nigeria has for the 13th consecutive year released the Banking Industry Customer Experience Survey, which showed banks playing formidable roles in the retail segment of the market. The retail segment of the report showed that GTBank came first with 74.2 per cent; Zenith Bank second with 73.4 per cent, Access Bank and Sterling Bank came third and fourth with 72.1per cent while FirstBank came fifth with 71.8 per cent .

For FirstBank of Nigeria, achieving these milestones did not come by chance. It took several decades of investment in the right technology, product and quality leadership. As the oldest financial institution in the country, founded in 1894, FirstBank has over 28,000 Automated Teller Machines (ATMs), launched the first cash deposit ATM in Nigeria in 2011, has appointed over 37,000 FirstMonie Agents spread across the country , targeting 500,000 agents and operates in over 750 business locations. Also, the bank’s alternative channels were the first to launch WhatsApp banking, among other milestones. Achieving the 80 per cent financial inclusion target set by the Central Bank of Nigeria (CBN) will require the support of commercial banks and use of technology. First Bank of Nigeria is one of the financial institutions which have taken steps to make the target a reality by deploying technology in its operations by way of Agent Banking Network. FirstBank has expressed its commitment to continue to drive financial inclusion through its First-monie Agent Network in 99 per cent of the 774 local government areas and has processed over N2 trillion through the initiative. The Firstmonie service provides financial/banking solutions to rural and semi-urban locations across the country. Such solutions include account opening, cash deposit, cash withdrawals, airtime purchase, and bill payments. Through this channel, the bank is committed to providing convenient services that engender and provides ease of access to banking products, thereby saving time and travel costs for users of the network. Speaking at the Firstmonie Agent Banking National Awards in Lagos, FirstBank’s Chief Executive Officer, Adesola Adeduntan said: “The initiative has witnessed several changes in the operating structure and value proposition of FirstBank.

In December 2017, the bank ran a pilot test with over 400,000 transactions processed and following the su