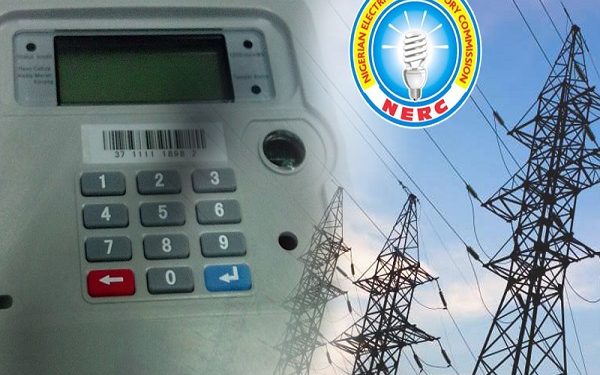 The Nigerian Electricity Regulatory Commission (NERC) has mandated the electricity Distribution Companies (DisCos) to replace faulty and obsolete meters for their customers.

The effective date, according to the commission, was on March 4, 2021.

Titled: “In the matter of the order on structured replacement of faulty and obsolete end-user customer meter in NESI,” the commission submitted seven million customers in the Nigerian Electricity Supply Industry (NESI) are unmetered.

It said that its customer enumeration data that made the revelation estimated that additional three million meters are obsolete and due for replacement.

NERC noted the existence of unmetered customers contributes to the threat of financial stability of the electricity market.

According to the order: “The Commission notes that over 7 million customers are currently unmetered as indicated by customer enumeration data. It is also estimated that an additional 3
million meters are currently obsolete and due for replacement.

“The existence of a large population of unmetered customers contributed to threats
affecting the financial viability of NESI as unmetered end-use customers expressed
deep dissatisfaction with the estimated billing methodology.

“The revenue assurance objectives of DisCos have also been challenged by being unable to properly account for the utilisation of electricity by end-use customers”.

The commission orders as follows –

“A. DisCos shall grant priority to the metering of unmetered customers under the
National Mass Metering Program.

“B. DisCos may replace faulty/obsolete meters under the National Mass Metering
Program but these replacements must be done in strict compliance with the

“Metering Code and other regulatory instruments of the Commission.

C. DisCos shall inspect meters of metered end-use customers and the replacement
notice shall contain the following –

I. The date of inspection.

ii. Name, designation and signature of the officer that inspected the meter.

III.  The fault identified in the meter

iv. The date for the installation of the replacement meter.

D. The Commission shall be copied on all replacement notices issued to end-use
customers for the purpose of conducting random reviews of the replacement
exercise.

F. The customer and DisCo representative shall jointly note the units on the meter
being replaced and the customer must be credited with these units within 48 hours
after the installation of the meter.

G. Customers shall only be billed for loss of revenue where the DisCo establishes meter
tampering, by-pass or unauthorised access as contained in NERC
Order/REG/ 41/2017 on Unauthorised Access, Meter Tampering and Bypass.

H. Activation tokens shall be issued to customers immediately after replacement of the
faulty/obsolete meter.

I. DisCos shall file monthly returns with the Commission on the replacement of
faulty/obsolete meters along with their proposal for the decommissioned meters.

16. This Order may be cited as the Order on the Structured Replacement of
Faulty/Obsolete Meters of End-Use Customers.”