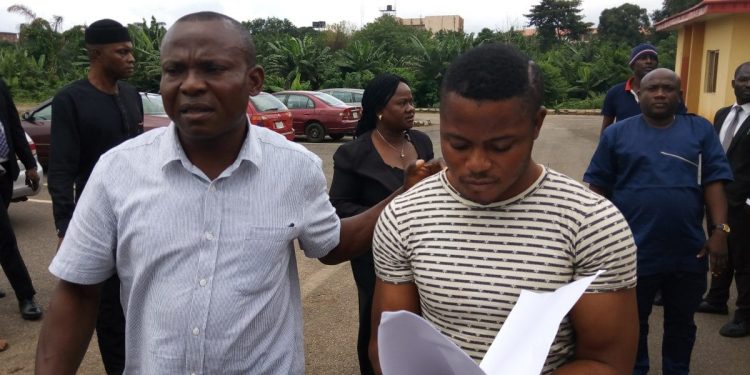 A soldier, attached to the 32 Artillery Brigade, Owena Cantonment, Akure, the Ondo State, Lance Corporal Sunday Awolola, who was alleged to have raped a 300-level student of Adekunle Ajasin University, Akungba Akoko, (AAUA), was on Wednesday arraigned at the Magistrate Court sitting in Akure, the Ondo state capital.

The 33-year-old Awolola was brought into the court premises by the officers of Ondo State Command of the Nigeria Police Force around 9:30am.

The suspect was charged for having committed a rape, contrary to section 357 and punishable under section 358 of the criminal code cap 37 vol. Laws of the Ondo state of Nigeria.

Awolola, before his trial, had been dismissed by army authorities last week.

The suspect was said to have had carnal knowledge of the student on the July 31, at Ikare-Akoko military check point, while the student was returning from the campus in Akungba-Akoko.

The offence according to the charge sheet is punishable under section 358 of the criminal code cap 37 volume 1 of the Ondo state of Nigeria.

Chief Magistrate Mayowa Olanipekun adjourned the case till Friday August 16, to give counsel to the suspect enough time to study the charge levelled against the soldier.

He said because the case was filed just filed on Wednesday morning, there was the need to give the suspect and his counsel time to study the case.

The case attracted various interest groups who came to court to witness the session.