Update : COVID-19 : The Federal Government has postponed the administration of the second phase of the coronavirus vaccine doses 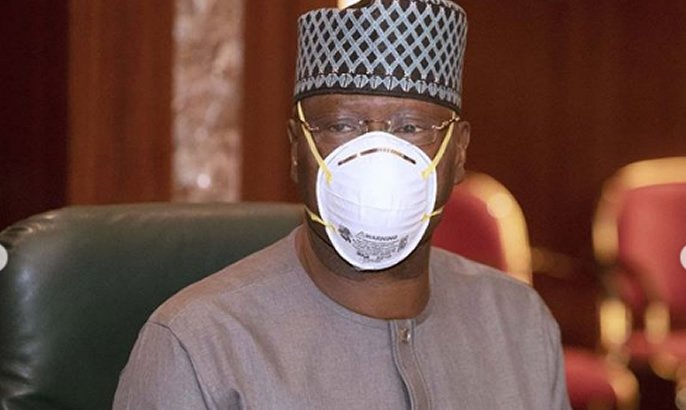 Secretary to the Government of the Federation, Boss Mustapha

The Federal Government has postponed the administration of the second phase of the coronavirus vaccine doses.

The Director of Press, Office of the Secretary to the Government of the Federation, Willie Bassey, had announced on Saturday that the administration would commence on Tuesday.

However, in a notice on Sunday, Bassey said the exercise had been postponed due to unforeseen circumstances.

“A new date will be communicated, please.”

No fewer than 53 persons died from COVID-19 complications in Nigeria within two weeks.

This was contained in the weekly epidemiological report published by the Nigeria Centre for Disease Control on its website on Sunday.

Between July 26 and July 31, the report also revealed that 2,584 cases were recorded, signifying a 43.5 per cent increase in the number of infections within one week.

The centre listed Benue State as one of the states which had not sent reports for 19 weeks.

Further analysis of the report also revealed that 218 patients were discharged over within one week.

In the report, the Director General of the NCDC, Chikwe Ihekweazu, described the increase in the number of infections as worrisome.

He said, “While we had recorded cases in two digits in June and previous months, it is however becoming worrisome that we are beginning to witness hundreds of cases from July.

“To arrest the trend, the NCDC has continued to intensify efforts with emphasis on public awareness to ensure Nigerians, including healthcare workers, take necessary preventive steps to protect themselves. Rapid Response Teams have also been deployed to support states’ response.

“With the third wave in the early phase, all hands must be on the deck to nip it in the bud.”

The Federal Government has said a meeting of critical stakeholders will hold on Monday (today) to finalise plans on sharing and distribution of the Moderna vaccine doses to states.

The spokesperson for the Ministry of Health, Segun Adetola, disclosed this in an interview with our correspondent in Abuja on Sunday.

Recall that Nigeria had last week taken delivery of over four million doses of Moderna vaccine while still awaiting doses of J and J vaccine which are due for delivery in August and September 2021.

According to Adetola, the stakeholders involved in vaccine distribution will meet on Monday to finalise decisions on vaccine delivery to states.

“Tomorrow (Monday) morning by 10am, we will be having a situation room meeting and we will discuss the issue of vaccine delivery.

“The National Primary Health Care Development Agency will also be there to share more details,” he said.

The Presidential Steering Committee on COVID-19, on Saturday, announced that the Federal Government will begin the administration of the Moderna vaccine doses on Tuesday.

The Director of Press, Office of the Secretary to the Government of the Federation, Willie Bassey, in  a statement added that “the flag off is scheduled to hold on Tuesday, August 10 2021 at the Federal Medical Centre, Jabi Abuja.”

Meanwhile, the Kwara State Government says it is expecting 102,930 doses of US Moderna vaccine doses from the Federal Government.

The Executive Secretary of Primary Health Care in the state, Dr Nusirat Elelu disclosed this on Sunday.

“Kwara is expecting 102,930 doses of US vaccine. We don’t have clarity of when the vaccines will get here,” she said.

In the same vein, the Coordinator, Ekiti State COVID-19 Response Task Force, Prof. Mobolaji Aluko, said on Sunday that the state was expecting between 95,000 doses of COVID-19 vaccines.

Aluko said, “Ekiti State will get 95,000 doses of Moderna vaccines this week. We are expecting the vaccines any during the week.

Similarly, the Bauchi State government says it is expecting 129,000 doses of Moderna COVID-19 vaccine from the Federal Government.

The Executive Chairman, Bauchi State Primary Health Care Development Agency, Dr. Rilwan Mohammed, on Sunday said, “The Federal Government has allocated 129,000 doses of the Moderna vaccine and we are getting it tomorrow (Monday). Already, we have started training of personnel across the state.”