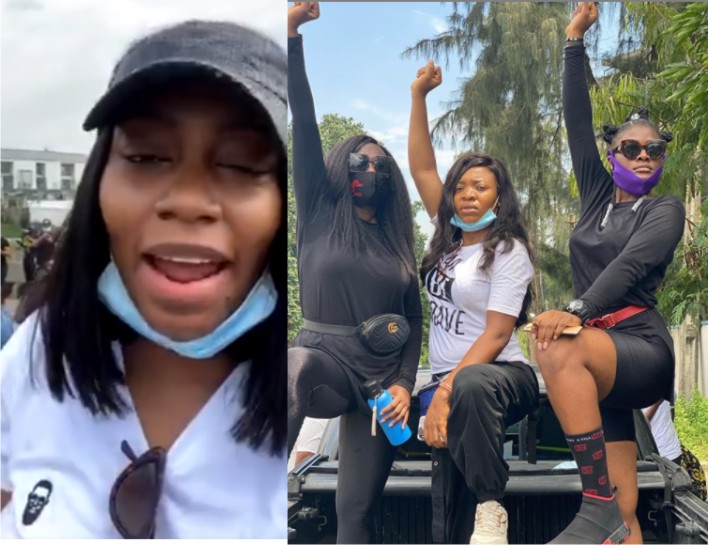 *Strikes out suit by CBN Governor

A Federal High Court in Abuja has set aside the order it made on November 4, 2020 freezing accounts linked with some promoters of the #EndSARS protest that took place across the country last year.

Justice Ahmed Mohammed, in a ruling on Wednesday ordered all affected banks to immediately defreeze the affected accounts.

Justice Mohammed proceeded to strike out the suit marked: FHC/ABJ/CS/1384/2020 filed by the Governor of the Central Bank of Nigeria (CBN), and in respect of which the ex-parte order freezing the accounts for 180 days was made on November 4, 2020.

The judge said: “The order made by the court, ex-parte on 4rh of November 2020 freezing the accounts of the respondents in this suit, pending investigation by the Governor of the Central Bank of Nigeria is hereby set aside and discharged.

“It is also ordered that all the accounts of the respondents should be defreezed immediately. This suit is accordingly struck out.

Justice Mohammed commended lawyers in the case for their commitment to ensuring that justice was done.

The court’s decision was informed by the withdrawal of all processes filed in relation to the suit by lawyers to all parties.

At the mention of the case on Wednesday, lawyer to the CBN Governor, Michael Aondoakaa (SAN) told the court that although he filed an application on February 9 this year for the extension of the freezing order, which expired on February 4, 2021, he has thought otherwise and realised the need to discontinue with the case

Aondoakaa, a former Attorney General of the Federation (AGF) and Minister of Justice, said he noted that the case involved young people and has spoken with the lawyer on the other side on the need to withdraw all the documents filed by parties and put a close to the case.

He added: “By implication, the order goes, the accounts will be unfrozen, and nobody will be indicted. The government has set up reconciliation panels. We should give room for a rethink on this matter.

“We have the instruction from my client, the Governor of CBN, that, in the spirit of reconciliation, we should not apply for the extension of the order.

“So, we are also withdrawing our application of Feb 9, 2021 for an extension of the order. We should allow reconciliation and peace to reign.

”Although the fourth respondent is absent, we want the order to cover it as well. So, I am withdrawing the suit and all the processes we filed,” he said.

Andoakaa assured that he would serve the affected banks with the court’s latest order.

Lawyer to the respondents, Femi Falana (SAN), confirmed that he had a discussion with Aondoakaa earlier before the court’s proceedings on the need to put the issue to rest.

Falana noted that the order ex-parte made by the court on November 4, last year expired on February 4 this year.

He added: “Our motion to have the order quashed is no longer necessary. It has been overtaken by events, since the order has expired.

“We therefore pray this court to allow us to withdraw the said motion. That will also affect all other processes filed in this matter,” he said.

Falana confirmed that the government has set up judicial commission of enquiries on police brutality, which, according to him, caused the #EndSARS protests last year.

He said his application for the withdrawal the processes filed by the respondents was also made on behalf of the fourth respondent – Gatefield Nigeria Limited – that was represented in previous proceedings by a separate lawyer, who was absent in court on Wednesday.‎