2023 Election Joke of the century : Jonathan has not committed himself to 2023 race; buying forms in ex-President’s name, an insult, Says Aide, Ikechukwu Eze 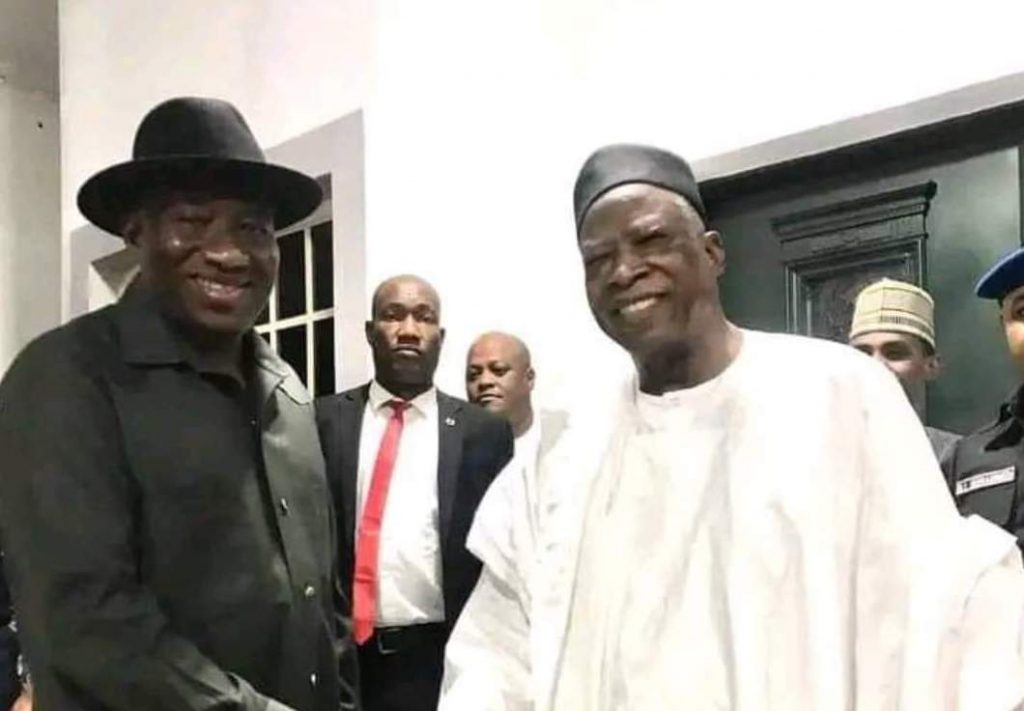 Former Nigerian president, Doctor Goodluck Jonathan has denied knowledge and authorization of the purchased N100m APC presidential forms, describing it as an insult to his person.

Special Assistant to the ex-President on media, Ikechukwu Eze said, in a terse statement that, while the ex-president appreciates the overwhelming requests by Nigerians to join the 2023 presidential race, Jonathan has not committed himself to this request.

“It has come to our notice that a group has purportedly purchased Presidential Nomination and Expression of Interest forms, of the All Progressives Congress APC, in the name of former President Dr. Goodluck Ebele Jonathan.

“We wish to categorically state that Dr. Jonathan was not aware of this bid and did not authorize it.

“We want to state that if the former President wanted to contest an election, he would make his intentions clear to the public and will not enter through the back door.

“While we appreciate the overwhelming request by a cross-section of Nigerians, for Dr. Jonathan to make himself available for the 2023 Presidential election, we wish to state, that he has not in anyway, committed himself to this request.

“Buying a presidential aspiration form in the name Dr. Jonathan without his consent, knowing the position he had held in this country, is considered an insult to his person. The general public is therefore advised to disregard it.

Recall Newsthumb had reported how Fulani groups and Almajiris sold cows to purchase the N100m APC presidential nomination forms for the ex-President, on Monday.

Amidst attempt by loyalists of former president Goodluck Jonathan to stop him from running on the All Progressives Congress ticket, the former president, has formally met with the National Chairman of the ruling party in Abuja, apparently to clarify some grey areas regarding his candidacy.

Former President Jonathan, who was reported to have rejected a N100 million nomination form procured for him by some Fulani pastoralists, later met behind closed doors in Adamu’s house.

A source close to the former president said that the meeting, whose details were not made public, lasted between 9pm and 10 pm in a bid to sort out some grey issues regarding Jonathan’s bid to fly the party’s presidential flag in next year’s poll.

It was learnt that the confusion that trailed the purchase of the form for Jonathan arose because of the spirited efforts by his core loyalists in the People Democratic Party, PDP, to dissuade him from joining the APC and running on its platform, saying that such would be detrimental to opposition party and belittling of his image.

According to a reliable source, the former president had concluded plans to accept the nomination form and meet with the APC leadership since Sunday morning but was strongly prevailed upon by those seen as his ‘inner caucus friends’ to shelve the move and remain in the PDP even without being active in the party.

“These people have been pressurizing Jonathan until the very last minute not to accept to run on the APC ticket no matter how tempting the conditions may be. That was why the former president did not present himself to the APC National chairman on Sunday when the form was to be formally presented to him by the Almajiri who want to show him appreciation for what he did for them during his tenure by building schools and rehabilitating them,” the source said.

“The main argument of those opposed to Jonathan running on the APC ticket is that it would be belittling to his image and standing in the world for him to do so given where he had been and what he represents as a former president of Nigeria. But the point is that the deadline for picking the form is this week and if he does not accept the form, the window would be closed and the opportunity lost,” one source explained.

“That was why the former president had to meet Adamu last night and their meeting was very productive as both men came out happily at the end of the one-hour meeting in Adamu’s house in Abuja,” the source explained.

It will be recalled that following the purchase of the form for Jonathan, his media aide, Ikechukwu Eze, had described the action as insulting and unacceptable to Jonathan, saying that he was not consulted.

But a close source confirmed last night that Jonathan was moving ahead with the plan to run on the APC ticket.

Meanwhile, the National Chairman of the APC, Senator Abdullahi Adamu, has called for prayers and support of Nigerians to enable him succeed on the task ahead of him

Adamu, represented by the Speaker of Nasarawa State House of Assembly, Ibrahim Balarabe Abdullahi, at the APC Stakeholders valedictory session in Nasarawa West Senatorial Zone harped on unity of party members noting that that APC would provide a level playing ground for all its aspirants at the forth coming primary elections.

The APC chairman urged aspirants to accept the outcome of the forth coming primaries in good faith, unite and work for the success of the party beyond 2023, assured that the party will provide a level playing ground for all.

“I want to appeal to all aspirants to accept the results of the primary election in good faith and not to leave the party but stay to build it to succeed and rule beyond 2023. There is surely a reward for every loyal party member.”