ASUU will continue strike, but is it ethical? 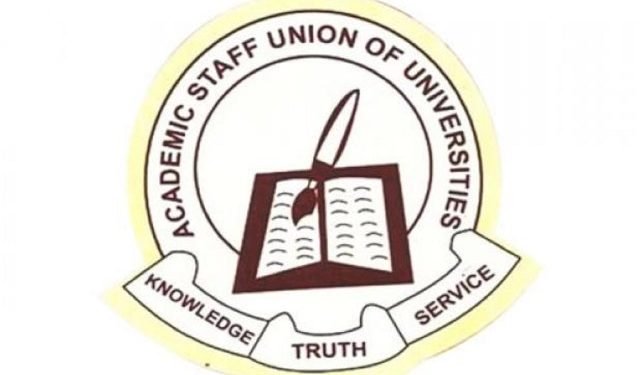 The academia was the last place one would expect any stage performance from a depression script. The country is on its kneels begging to return to its previous life.

And then ASUU informs that it would not suspend its strike despite the payment of salaries hitherto withheld by the federal government.

ASUU insists that the federal government is not doing it any favour as its members were entitled to the salaries in the first place.

In fact, it now claims the “strike is not just about IPPIS.” ASUU had always claimed its strike was intent on voicing out the many ills in the education sector and rightly so. Until IPPIS happened.

Let’s answer for some unaccounted variables. The 2020 ASUU strike was all about IPPIS, as opposed to what the association said.

Anyone with half their eyes open could see what was apparent. Complaint about the inability of the government to stick to the memorandum of understanding agreed upon in 2009 was conspicuously a little detail pushed out to put the association’s grumbling in good light.

ASUU’s ill-feeling towards IPPIS is summarized in two words: University autonomy. Their contention is that IPPIS infringes on the independence of the university.

But a look at things suggest that the university was hardly ever autonomous. And if it was, can it be autonomous of whoever sponsors it? Any such thing as university autonomy will only thrive in a self-sufficient model. Most federal universities can’t survive without government’s funding.

And there is the recent grumbling that the federal government asked to revalidate the Bank Verification Number of lecturers.

ASUU questioned the sudden change because “members weren’t paid with BVN in the past.” One is confused. What exactly does ASUU want? I say “pick your struggle!”

ASUU would then instruct its members not to submit their BVN. What exactly is wrong in paying through a scheme that promotes transparency? Or what exactly is ASUU’s argument? The association seems to be shooting its position in the leg lately.

This may provoke a change in dynamics as the masses, even more students, begin to reckon with ASUU as a conglomerate of greedy lecturers. Maybe true, maybe not.

Speaking of change in dynamics, the pandemic threatens to tilt the balance of power to the federal government.

There is the question of whether it is thoughtful of ASUU to persist with the strike beyond the pandemic, knowing fully well the impact of the pandemic on the country’s mental state.

There is also a call for rationality. It is laughable that ASUU expects the government to keep to an MoU when its major stream of income has plummeted by more than 50%.

A barrel of oil no longer sells for the budgeted $57. At the genesis of the strike, it was already foretold that oil would drop to $37 in the second quarter —a depressing prediction for Nigeria’s surviving economy.

A barrel of oil went as low as under $20 few weeks back and there are no signs to suggest that it would appreciate to $57 before the year ends.

It is about time we coloured the sketches. This government is no saint either—that much needs be said. The figures directed to the unreasonable establishment of “tatashe” universities in 2018 could easily have been used to raise the standards of existing federal universities, and more importantly, pacify ASUU’s grumblings.

The government also happen to prioritise inconsequential projects like renovation of the senate complex. Not to mention, the insane figures pocketed by government officials.

When two elephants fight, the grass suffers. The government and ASUU are playing delay tactics and politics with innocent students’ future.

The calendar has been disjointed by the pandemic. Students can’t absorb any further damage from an association that claims to be committed to their interest.

ASUU will continue its strike, but is it ethical? Is it right to speak with a tone that suggest it is unwilling to agree to any compromise?