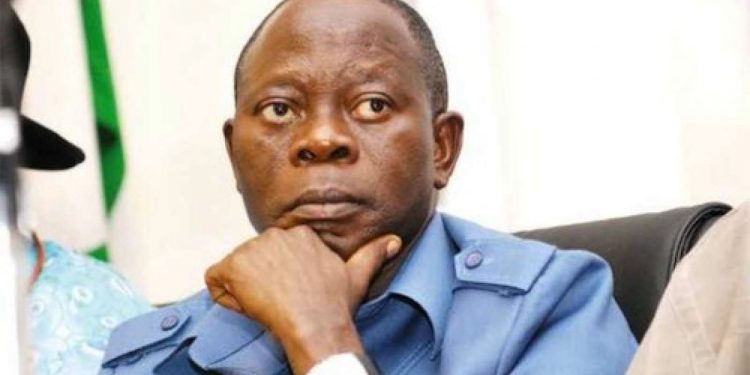 The Court of Appeal, Abuja has stayed the execution of the March 4, 2020 order of a High Court of the Federal Capital Territory (FCT) restraining the National Chairman of the All Progressives Party (APC), Adams Oshiomhole from further acting in that capacity.

A three-man panel of the court, led by Justice Abubakar Datti Yahaha was unanimous in granting the reliefs contained in an ex-parte motion argued on Monday by lead lawyer to Oshiomhole and the APC, Wole Olanipekun (SAN).

In the lead ruling by Justice Yahaya, the court also restrained the respondents from further taking any further steps in relation to the March 4, 2020 order by Justice Danlami Senchi of the High Court of the FCT.

Justice Yahaha added: “We employ political parties to try to resolve their differences amicably without having to unnecessarily bother the court.”