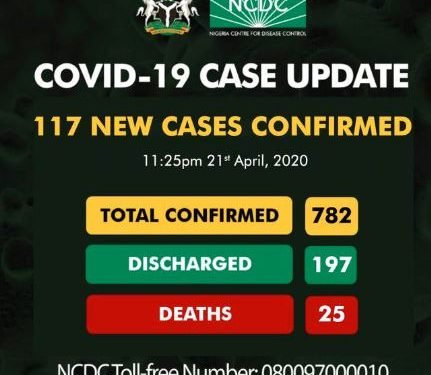 One hundred and seventeen new cases of Coronavirus have been recorded in Nigeria.

The tweet further revealed that four cases were recorded in Katsina State, three in Ogun State and one in Rivers and Bauchi State.