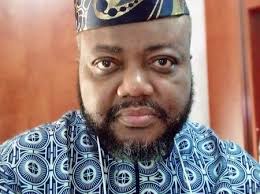 Prince Ifeanyi Dike, the pioneer Board of Trustees Chairman of Actors Guild of Nigeria is dead, Newsthumb has learnt.
Details of his death are still sketchy at the moment, but Newsthumb understands that the Imo state born actor died on Friday morning.
Dike has been battling kidney failure for years until former Governor Babatunde Fashola came to his aid; leading to his surgery in India.
Following the success of his surgery some insiders who spoke to our correspondent revealed that he has not been the same ever since.
This is yet another heavy blow on the grieving AGN under the leadership of Mr. Emeka Rollas.
Our thoughts are with his family