COVID – 19 : How My Wife,Driver And I Survived At Home, Mr. Gboyega Akosile, Sanwo-Olu’s Spokesman Reveals 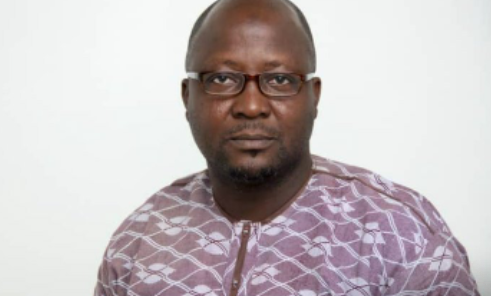 The Chief Press Secretary to the Governor of Lagos State, Mr Gboyega Akosile, has revealed how he survived COVID- 19.

Akosile, in a Facebook post on his ordeal, urged residents not to take their health for granted, saying the virus is not a hoax.

The governor’s aide said his wife, who was also infected, almost died due to a “silent pneumonia” she had which became full blown during treatment at the Onikan Isolation Centre.

He explained that the problem started on July 1 when he felt feverish and took anti-malaria drugs.

Akosile said despite completing the dosage, his health condition worsened and he decided to go for the coronavirus test with his family at the Yaba Infectious Diseases Hospital.

He noted that throughout the period, he maintained social distance and took precautions not to discharge fluids into the atmosphere.

The spokesman explained that he was in excruciating pain as he exhibited the full symptoms of the virus.

“By Sunday evening, our COVID-19 test results were sent to me via email. My worst fear stared at me in the face; we all tested positive for coronavirus – my wife, driver and I.

“The doctors called in and asked that we isolate at home. They tutored me on all the protocols, most of them I was already familiar with, having been part of the communication team on Lagos State Government’s response to COVID-19.

“Case management started and in two days, I had lost my sense of smell, taste and every symptom that comes with COVID-19 had fully manifested in me. It was not a pleasant experience.

“My wife too showed some symptoms from Monday, July 5, so she was placed on the same medication. While I improved, her condition took a downward turn; her oxygen level was below the acceptable limit of 95! Her Blood Pressure was also irregular. The value was inconsistent; sometimes good, at another time bad,” he added.

He said when his wife’s health condition deteriorated, she was taken to the Onikan Isolation centre for intensive treatment.

Akosile said he panicked when she stopped responding to treatment.

“After spending five days, we started to connect again via video calls. Since I was not in the isolation centre, the closest was when I took her birthday cake there for a symbolic celebration,” he added.

He said from his wife’s experience, he could tell that “people do not necessarily die of COVID-19; you lose people to complications from underlining ailments.”

Below is his narrative: