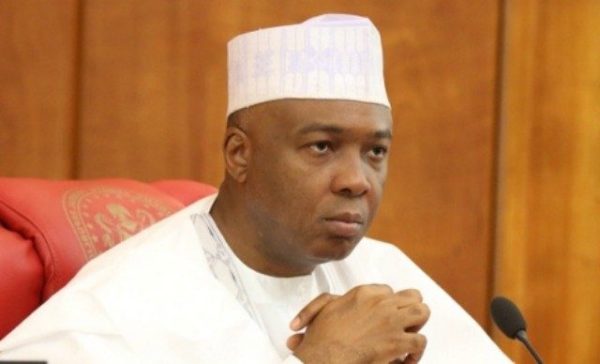 Senate President, Abubakar Bukola Saraki, on Monday appealed to the Federal Government and the organized labour to take steps to find a middle ground to avert the looming industrial action by members of the Nigeria Labour Congress (NLC) over new minimum wage.

Saraki also urged Government and the leadership of the Nigeria Labour Congress (NLC), Trade Union Congress (TUC) to work together in order to avert the proposed workers’ strike in the interest of the country.

The Senate President in a statement by his Special Adviser (Media and Publicity), Yusuph Olaniyonu, asked the two sides to demonstrate sensitivity and concern for the plight of ordinary Nigerians who are already battling with the harsh economic conditions in the country.

He expressed appreciation for the patience displayed by the labour leaders as he noted that the issue of the new minimum wage could have been resolved long before now.

Saraki said, “My Appeal is for the two sides to immediately move fast, shift from their extreme positions and create a new middle ground in the negotiations for the new minimum wage. The shift in positions can be done even before the period of the commencement of the proposed strike action so that we do not further create tension within the economy.