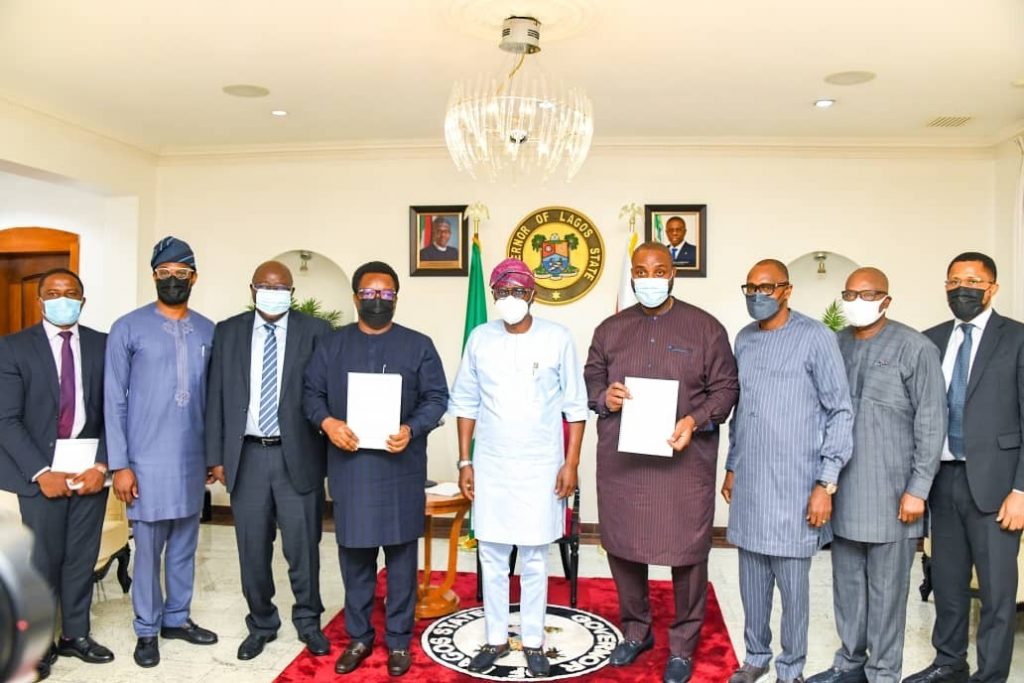 In order to improve electricity supply around Ibeju-Lekki area in Lagos and Agbara Industrial area in Ogun State, the Niger Delta Power Holding Company (NDPHC) and Eko Electricity Distribution Company Plc (Eko Disco), have signed a bilateral agreement for the sale of up to 300MW of power from NDPHC’s power plants to customers in these areas within Eko Disco’s franchise areas.

The Lagos State Governor, Mr. Babajide Sanwo-Olu who hosted the signing of the agreement for these projects at Lagos House, Marina recently, commended the initiative by NDPHC and Eko Disco, and stated that “he will monitor the implementation of the agreement.” The Governor expressed his confidence that the collaboration between NDPHC and Eko Disco will complement the current policies of the state government in economic and infrastructure development.

NDPHC and Eko Disco have committed to work together to deliver safe, reliable and steady supply of power to customers in the areas of collaboration. The project will be structured to remove the commercial and technical inefficiencies in the Nigerian electricity market and will mobilise significant capital investment in transmission/distribution infrastructure and metering technology.

In his remarks, the NDPHC Managing Director/CEO, Mr. Chiedu Ugbo stated that the challenges in the industry inspired NDPHC to “source alternative means to sell and ensure dispatch of its stranded power generation capacity and explore innovative ways to unlock investment in infrastructure for improved supply to customers.”

In turn, the MD of Eko Disco, Engr. Adeoye Fadeyibi said that the partnership aligns with the efforts of the Eko Disco to bridge the metering gap and improve the quality of electricity supply to customers. He appreciated customers for their continued support for the Company in its quest to continue to empower the quality of lives of all stakeholders.

The agreement signed between NDPHC and Eko Disco is only the latest milestone in NDPHC’s innovative and ambitious programme to tackle the industry-wide challenges in the Nigerian power sector. These challenges have resulted in the inability of the operators in the industry to fulfil their investment and industry payment obligations, and a continuing low access to reliable power for industry, businesses and homes.

Despite a significant installed generation capacity – estimated to be more than 13,000 MW – access to electricity remains acutely low because much of this installed capacity is stranded and cannot be conveyed to customers because of inadequate transmission and distribution capacity. Operators insist that tariffs remain at a level that cannot guarantee returns for investors in the sector and as a result, an estimated $20 billion capital investment required to upgrade the transmission and generation infrastructure is not available. Insufficient investment in metering, collection and surveillance, among other factors, has also made collections by the distribution companies inefficient, thereby causing revenue loss across the value chain. A combination of these factors has led to severe liquidity shortfalls and a ballooning deficit in the market, and there simply is not enough collections from customers to cover the cost of power generation and delivery. The Federal Government has on several occasions intervened with financial bailouts to the sector, but this solution is only short term and is becoming an increasingly heavy burden on a cash-strapped government struggling with low oil prices and a struggling national economy.

The operators in the industry have had to innovate or go out of business. It is in this regard that NDPHC is blazing a trail in structuring deals that are solving many of the industry-wide challenges affecting its business. NDPHC, holds a portfolio of 10 power plants with aggregate installed capacity of more than 4,000MW and growing. To ensure that much of its capacity does not remain idle, NDPHC, with support from Electric Utilities Nigeria Limited, is now targeting to work with discos and other project developers to, in the first phase, sell more than 1,000MW from its power plants in manner that resolves the current commercial and technical inefficiencies in the market without a need for government funding intervention.

For NDPHC, these collaborations will lead to greater offtake of power from its under-dispatched power plants, thereby increasing the company’s revenue. For the industry generally, these collaborations will attract the requisite investment in the industry and increase liquidity that enables higher payment receipts across the value chain. Now that NDPHC has executed the agreements with 5 discos and more in the pipeline, it is projected that the impact on the Nigerian power sector will be massive in improving electricity access, market payments and attracting more investments to the industry.