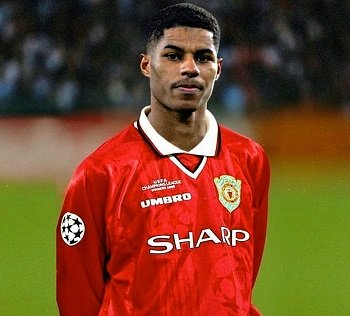 Manchester United strike, Marcus Rashford, has emerged the bookmakers’ joint-favourite to win Britain’s Sports Personality of the Year Award after his successful campaign for school food vouchers to be provided over the summer holidays.

British ministers originally said that school food vouchers would not be available over the long holiday, prompting the 22-year-old forward to take up the cause and reveal how he had relied on such support as a boy.

On Tuesday, the government bowed to pressure and Prime Minister Boris Johnson’s spokesman said it would provide a COVID-19 summer food fund costing around 120 million pound

Rashford’s efforts have seen his odds of 80/1 cut to 6/4, making him the joint-favourite for the BBC award alongside WBC Heavyweight Champion boxer Tyson Fury, according to bookmaker Paddy Power.

Rashford has already helped to raise around 20 million pounds with charity Fareshare UK, to supply meals to struggling families.

Other contenders for the award, voted for by the public in December, include Mercedes Formula One driver, Lewis Hamilton, and Liverpool skipper, Jordan Henderson, who are both at 12/1.

Cricketer Ben Stokes won the award last year for his 50-over World Cup-winning heroics and Ashes displays against Australia.