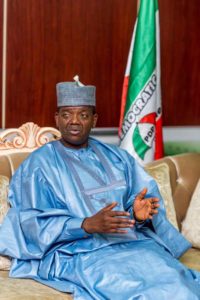 The Executive Governor of Zamfara State (Dr.) Bello Mohammed Matawallen-Maradun has reaffirmed his commitment to rid Zamfara of all security challenges by devising a peace model which will revive the traditional grazing reserves for nomadic communities in the state.

The Governor made this known on Thursday evening during a joint meeting with members of the Civilian Joint Task Force (CJTF), Fulani Leaders and other stakeholders at the Government House Council Chamber 2, Gusau.

The Governor assured the communities affected by banditry that his administration will provide all the necessary infrastructure and basic social amenities in their rural settlements as well as provide support for all those affected by armed banditry through a Special Intervention Programme to alleviate poverty in the state adding that
Zamfara Textile, the popular Zamfara Agricultural Revolution Programme (ZACAREP), Zamfara Poverty Alleviation Agency (ZAPA) which were abandoned will be revived so as to create more job opportunities particularly among the youth in the state.

To ensure peaceful social coexistence and revival of mutual trust, he assured that effort will be made to reintroduce Fulani Cultural Festivals and caning game (Sharo) and the reopening of all livestock markets which were shut down by the past administrations that allowed only those in Gusau, Gummi, Kasuwar-Daji and Talata Mafara to operate.

The governor warned that government will no longer condone proliferation of arms in the state. He assured the members of the vigilante group of his government’s support and that his administration has no plan of scrapping them but a United Civilian Joint Task Force with membership across all areas in the state will be instituted. 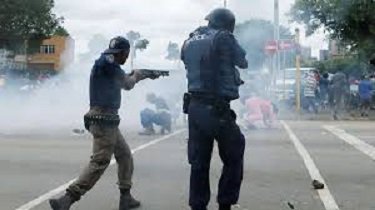 He urged CJTF to document their leadership structure and submit same to the government so that those responsible for any breach of law can be easily handled.