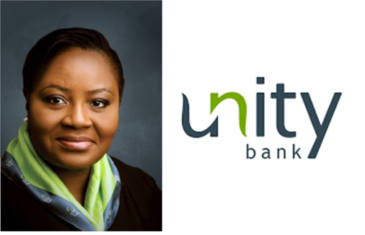 In a bid to safeguard its e-banking platforms with enhanced safety and security features, Unity Bank Plc has unveiled a new code on its USSD platform that completely puts the customer in control of his Bank Account against any e-Banking fraud.The new code which is *7799*9*Phone Number # allows customers to block access to their Bank Accounts, hence without recourse to the Bank, a customer is able to prevent and protect his Bank Account from unauthorised access using any mobile device if fraud is suspected.
As part of the robust feature of the Bank’s USSD platform, Bank customers can directly initiate the new Code and successfully block the account from a third-party mobile device.
To unblock the Bank account, customers can walk into any branch of Unity Bank closest to them and request reactivation.
As a result, customers are thus able to exercise unlimited control with the new code as the Account Blockade can be initiated from any phone to prevent any unauthorised transaction or access to the Bank Account. The blockade can also be initiated to stem risks arising from the loss of debit card or incidences of unauthorized transactions.
This feature now offers full control to Unity Bank customers to protect themselves from scams, secure all banking transactions, and puts the customers well ahead in control of their banking transactions.
The new anti-fraud code enhances the Bank’s robust security system to safeguard customers’ bank accounts against any form of cyber threat or incurring financial losses from fraud attempts.
According to the latest banking industry fraud report by Nigeria Inter-Bank Settlement System, cyber fraud rose by 534% as Nigerian banks lost a total of N3.5 billion in the past year alone. The unveiling of the new USSD code is, therefore, part of Unity Bank’s strategic move to protect their customers by reducing to zero, losses from electronic banking frauds.
The *7799# code which was introduced three years ago and enhanced with a multi-language capability has remained a critical component of the Bank’s robust e-banking channels facilitating seamless and secure banking transactions.
Speaking on the new anti-fraud code, the Directorate Head, E-Business, Retail & SME Banking, Mr. Funwa Akinmade said that leveraging necessary technology to protect the bank’s assets including customer’s Bank account remains a top priority for the Bank in the face of rising cyber-security threats.
He said: “With fraud concerns on major payment channels across Nigeria, every player in the financial services industry in Nigeria must think of a way to stay ahead of its game”.
“With the added USSD feature that allows customers to block their accounts using *7799*9*Phone Number# code, even from a third party device, we have given greater empowerment to customers to transact freely on our USSD platform. With the USSD feature, being available to both smartphone and feature phone users, it means even the least digital-savvy customers of Unity Bank can effectively use the new anti-fraud code”.
“More so, since the USSD is available in the three major local languages, it, therefore, has the potential to reach the greatest number of people who are looking for convenient and secure banking services.”
The unveiling of the new anti-fraud code on the USSD platform is also accompanied by the rollout of a nationwide radio campaign to educate the banking public on the options available to them to bank safely and securely.