Update : Another Chibok Schoolgirl Emerges from Captivity with Two Children 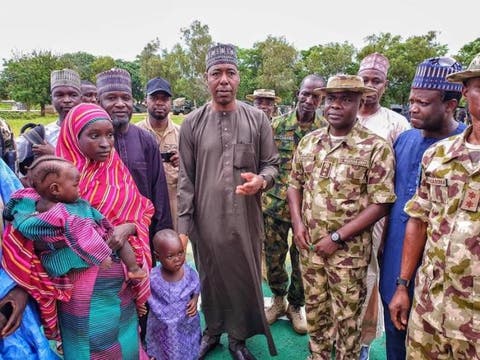 Hassana was one of over 200 schoolgirls abducted at a Government Secondary School in Chibok on April 14, 2014, by Boko Haram insurgents.

Last month, Another Chibok schoolgirl, Ruth Pogu, and a man, said to be her husband, had presented themselves to the Nigerian Army , at a location in Bama. Ruth returned with two children she gave birth to in captivity. 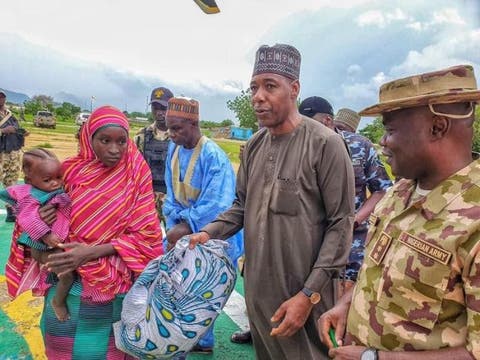 Hassana was received by Borno State Governor, Babagana Umara Zulum, on Saturday in Gwoza, after she had presented herself to the Nigerian Army.

Hassana and her two children, were handed over to Zulum by the Commander, 26 Taskforce Brigade, Brig. Gen. D.R. Dantani, in Gwoza.

Zulum was in Gwoza to give humanitarian aid to the people of the town which was once the ‘headquarters’ of Boko Haram ‘caliphate’. 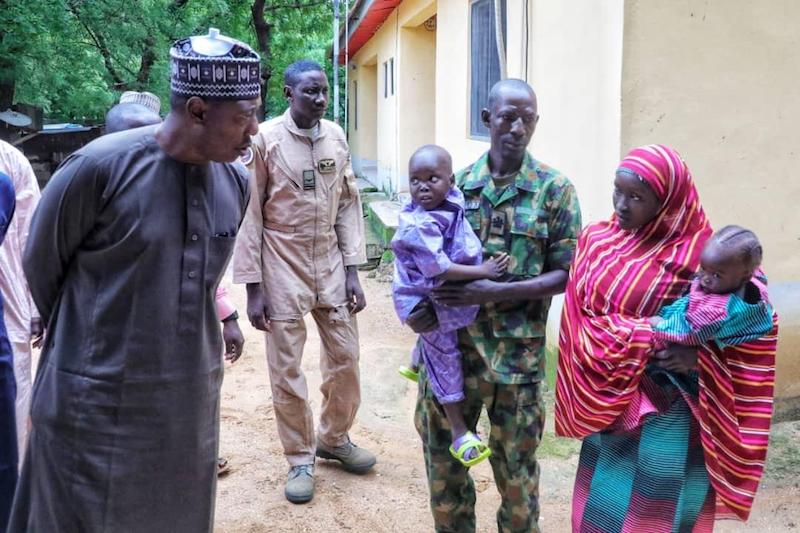