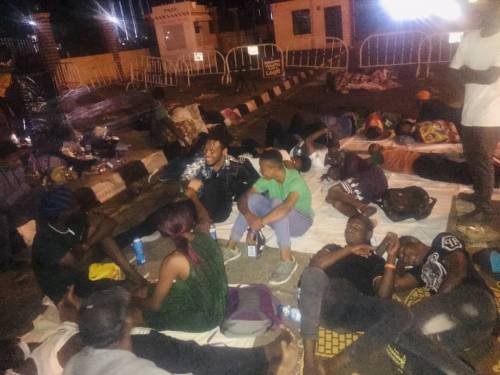 The ongoing protest calling for the scrapping of the dreaded Special Anti-Robbery Squad unit of the Nigeria Police Force has entered the fourth day.

The #ENDSARS protest, which commenced on Wednesday, has spread to many states in the country.

In Lagos, protesters have been keeping vigil at the entrance of the Lagos State House of Assembly despite intimidation from the police.

The protest has been met with violence from the police in states like Abuja, Osun and Delta.

As a result of the attack by the police, some protesters were shot at while a police officer was killed in the ensueeing melee.

The police have since engaged in random arrest of youths in the state.

The #ENDSARS protest has drawn international attention after the United Kingdom urged the Nigerian Government to ensure accountability within the police.

Reports by Amnesty International recorded over 82 cases of SARS brutality from 2017 to 2020.