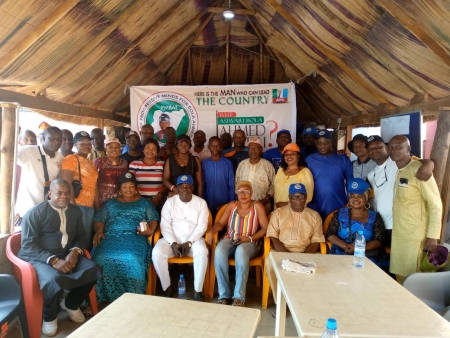 In the same vein the body declared its readiness to work as a formidable group for the actualisation of Asiwaju Bola Ahmed Tinubu as president.

Its Director General, Chief Yemi Oladokun, retrieted this during the event in Lagos.

During the strategic meeting the group maintained that from now on its members would move from house to house and door to door to sensitise Voter’s Card holders in the interest of APC Presidential Candidate.

Among top politicians in attendance is Hon. Saka Fafunmi, former member, Lagos State House of Assembly. Fafunmi who is also a patron of the group challenged all PMBAT members that time has come to go to the nooks and crannies of the state and across the country to sell the party’s candidate.

He described Asiwaju Tinubu as a politician with an uncommon capacity to lead, discover, nurture and develop talents.

He said a man who took Lagos IGR from N600million and took it to N30 billion within eight years which is comfortably ranging in N50 billion today, should be trusted to take Nigeria away from the jungle and back into the era of prosperity.

He said Asiwaju Tinubu is a detribalized Nigerian who usually go for talents wherever they could be found anywhere in the country without prejudice. He added that those who are presently profiting from the crisis in the nation would continue to throw in the wedge just to demarket the suave politician.

He said time has come for all Nigerians irrespective of whatever they hold against the seasoned politician to forgive and forget should the politician have erred, adding that Tinubu is shoulder higher than all the competitors who are jostling for attention at the coming polls.

The Director General of the Coalition for Progressive Minds for Bola Ahmed Tinubu, Bashorun Yemi Oladokun said the group is happy to be working for the actualisation and realization of the dream of Asiwaju Bola Ahmed Tinubu.

According to him, Asiwaju Bola Ahmed Tinubu stands far ahead of all the candidates competing for Nigerians votes, adding that the APC candidate is a sound manager of men and materials.

He said the group which is a coalition of 20 support groups committed to the the success of Asiwaju Bola Ahmed Tinubu at the poll is in the process of appointing state, and local government coordinators, and all the structures must be in place before September, when full campaigns kicks off.

He assured all members that efforts are in top gear to conclude all registration process at the party’s National Headquarters, in order to ensure the centralization of all its efforts to promote the party’s candidate.

The Deputy Director General of the Coalition, Olayinka Sotayo said the group is geared to go into serious business aimed at ensuring the success of Tinubu at the poll.

Woman Leader Mrs Omoye, said the women are already mobilised to support the aspiration of the APC Presidential candidate.

She said she and her team are ready and willing to work selflessly for the emergence of the APC candidate as Nigeria’s President come February next year.

Members of the group vowed to go from ward to ward, and from one local government to the other to ensure the success of their mentor and political leader. 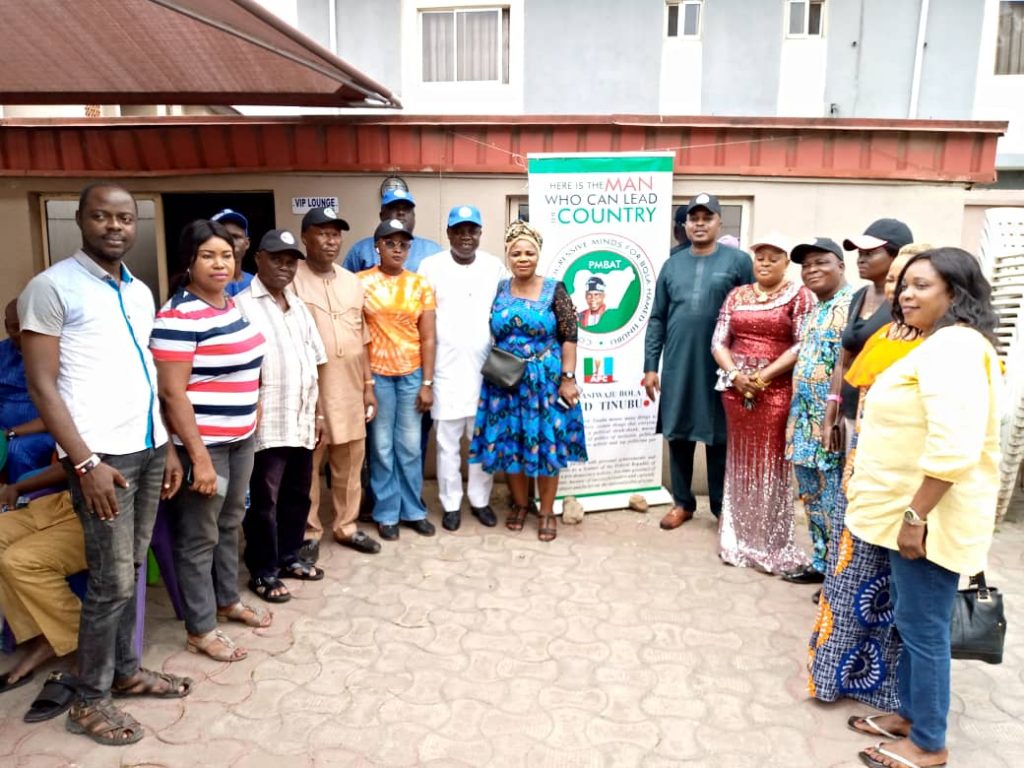 During the event members that came from 36 States of the federation including FCT Abuja spoke in one voice to ensure that Bola Ahmed Tinubu emerge as Nigeria President come 2023.