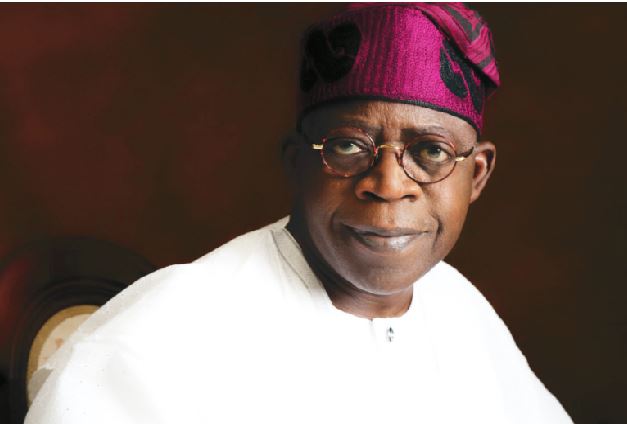 A group under the auspices of Harmony Progressive Forum (HPF) has hailed the establishment of the Asiwaju Bola Ahmed Tinubu reconciliation committee.
The forum is a coalition of ex-Congress for Progressives Change (CPC) local government chairmen of the Kwara state All Progressives Congress (APC) in Kwara state.
The forum also cautioned the Tinubu-led committee to be wary of individuals that might be out to derail its activities to for personal and selfish reasons.
Addressing reporters  in Ilorin, Chairman of HPF, Alhaji Musa Umar said: “We appreciate the setting up of a reconciliation committee to settle amicably identified rifts among members of APC in the country. The choice of Tinubu as the team leader is highly commendable in view of his track record of managing political issues.
“The outcome of the committee’s assignment should therefore be guided only by its objectives and verifiable submissions and not allow sentiments and primordial issues to becloud their work. Kwara must change for better and the time to act is now.
“While we call on all our loyal members to continue to work hard for the political victory of President Muhammadu Buhari and Vice President Yemi Osinbajo come 2019. we equally call on our committed members to be wary of pending political appointments in the state that may be loaded with questionable intentions.”
Alhaji Umar expressed the legacy parties’ frustration and marginalization under the current APC leadership in the state.
Said he: “Our frustration has more than ever before made us more united in our coalition’s efforts of electing in the state only progressively minded people that can be scolded as at when due as against the present unfortunate order where elected representatives are answerable only to an individual outside their constituencies.
“The national leadership of APC should avoid any disastrous outing of APC in 2019 in Kwara state by quickly reorganizing the party in the state.
“Our marginalization coupled with few nominal party positions ‘awarded’ to a select few of our legacy members shall no longer be tolerated.
“The legacy groups of the defunct Action Congress of Nigeria (ACN), CPC, ANPP with the nPDP in the state was window-dressed believing that proper and effective integration will take place after the 2015 general elections. Thing suddenly took a dramatic turn and the PDP leadership in the state exhibited what they are best known
for-politics of exclusion, discrimination, marginalization and hatred.
“The group suffered all these in the distribution of almost all elective as well as appointive positions in the state. This was extended to the federal level where state influence took precedence on
Kwara quota.
“Recent utterances and statements credited to prominent chieftains of APC in the state is becoming worrisome to any loyal and committed party member.
“There are ongoing gullible plans to desert the state APC after being rendered impotent, unusable and unattractive to would-be ‘investors.”’