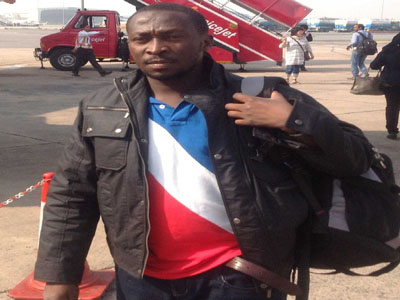 Ahmad Salkida, a journalist known to have access to the leadership of the Boko Haram, says only 15 out of the remaining 113 kidnapped Chibok schoolgirls with Abubakar Shekau insurgents group are alive.

Salkida made this known in a series of tweet on his official twitter handle, revealing that 98 of the 113 remaining abducted schoolgirls had died as a result of cross fires and bombardments of the security forces.

He also disclosed that the remaining 15 girls are no longer in the control of Abubakar Shakau, further revealing that they are now ‘married’ and only their ‘husbands’ can decide their fates.

“Today, my painstaking investigations on the Chibok schoolgirls revealed that just a handful of the 113 Chibok Girls are alive. Many of the girls have died as a result of cross fires and bombardments of the security forces that no doubt were intent on rescuing them. I regret to state here that only 15 out of the 113 Chibokgirls are alive today, based on my investigations in the last 3 months and we have already seen some of them in a video, which I exclusively obtained”he said.

“What is the status of the remaining 15 girls as far as negotiations are concerned? My investigations also revealed that, they are no longer under the control of Abubakar Shekau. According to sources, they are now ‘married’ and only their ‘husbands’ can decide their fates. If they are divorced or the men are killed that is when Shekau’s decision takes precedence, and in this instance, since the girls have been indoctrinated, their leader has no right to negotiate for their release, no matter the ransom offered, reliable multiple sources said”.

“It will be unbearable to share the names of the 15 that are alive here, this is the responsibility of Govt. When I was involved I regularly provided proof of life. Govt must demand that to prove me wrong or stop negotiating for many of the girls that don’t exists.

The way out for these girls, is a military rescue or negotiate with individual captors to release their ‘wives’ in return for some kind of deal, but this will mean death to these fighters because the terror group now sees the girls as part of their own and must be protected”.

Over 200 female students of government college Chibok were kidnapped by Boko Haram terrorists group four years ago while preparing for their examination.

While the government has been able to rescue 82 girls through negotiations with the leadership of the group, 113 are still believed to be held captive by the Shakau terrorists group.