The board of Access Bank Plc has recommended payment of N18.8 billion as cash dividend to shareholders for the 2017 business year. Shareholders will receive a final dividend of 40 kobo, in addition to interim dividend of 25 kobo, bringing the total dividend per share for 2017 to 65 kobo.

Key extracts of the audited report and accounts of Access Bank Plc for the year ended December 31, 2017 released yesterday at the Nigerian Stock Exchange (NSE) showed that gross earnings grew by 20 per cent to N459.08 billion in 2017 as against N381.32 billion recorded in 2016. 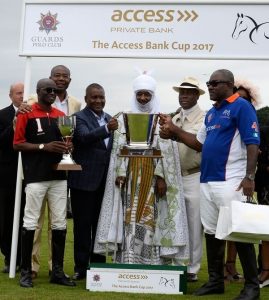 According to him, despite the macro and regulatory headwinds, the bank’s underlying business remained strong as reflected in the gross earnings growth and its loan book.

He noted that 2017 was pivotal for the bank as it concluded its 2013-2017 corporate strategic plan, which successful implementation was hinged on discipline, hard work, and an unwavering commitment to set objectives.

“I am particularly excited about the next phase of the bank’s evolution centred on an integrated global franchise. The execution of the 2018-2022 strategy commences with focus on deepening our retail offerings, underpinned by strong digital and payment solutions. Throughout the next phase, we will continue to invest in technology as we establish a universal payments gateway with an ecosystem of local and international partnerships,” Wigwe said.

Access Bank’s capital and liquidity levels of 22.5 per cent and 47.3 per cent respectfully remained robust, well above the required regulatory minimum, providing a strong buffer against the macro challenges and room to expand its business.