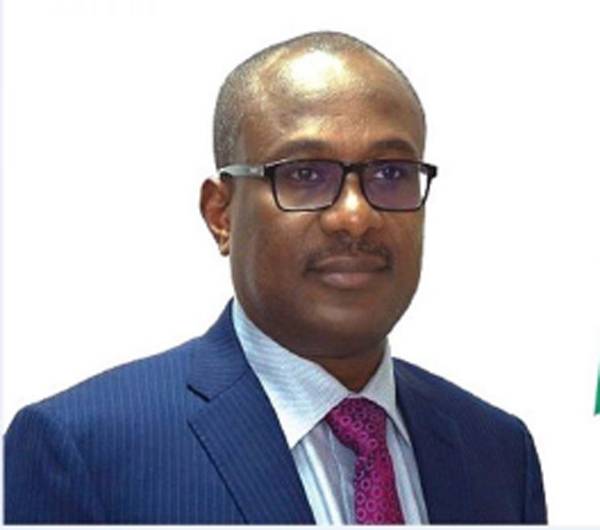 An online publisher Bara Ogidi has denied the allegation that publisher of Pointblanknews.com, Mr. Jackson Ude and former spokesman of the All Progressive Congress, APC, Mr Timi Frank used him to blackmail and attempted to extort money from the Executive Secretary of the Nigerian Content Development and Monitoring Board, NCDMB, Simbi Wabote.
According to Ogidi, at no time has he ever met or called Mr Ude or anyone at Pointblanknews.com neither has he met with Mr Frank talk more of being asked to engage with Mr Wabote.
Ogidi, however revealed that any contact he might have made with  Mr Wabote was on a personal level, a move he regrets.
In a letter Dated 8th February, 2022 and made available to newsmen, Ogidi chided Mr Wabote for using personal discussions between them in order to score cheap goals adding that the major point of departure between them was his refusal to testify against Ude.
“My attention has been drawn to a publications in both Premium Times and one other news blog called Chronicle NG, wherein they insinuated that the publisher of Pointblanknews.com, Mr. Jackson Ude and former spokesman of the All Progressive Congress, APC, Mr Timi Frank used me to blackmail and attempted to extort money from the Executive Secretary of the Nigerian Content Development and Monitoring Board, NCDMB, Simbi Wabote.
“I like to state categorically those concoctions are lies sponsored by Wabote to further his defamation case against Mr. Ude.
“To set the records straight, I have never met or communicated to Mr. Ude or anyone from Pointblanknews.com. I was never sent by neither Ude or Frank to meet or speak with Wabote.
“I had a personal conversations with Wabote and any demand I made at the time for which i regretted are all personal and not with the instructions of anyone.
“It is simply disingenuous for Wabote to now seek to use my personal conversations with him to score cheap legal goals, discredit and blackmail people.
“Timi Frank and Jackson Ude never sent me to Wabote. Nowhere in my phone record would anyone find any conversations between either me and Timi Frank or Jackson Ude where any demand or issues with Wabote or anyone was discussed. It is all lies from the pit of hell!” Ogidi said.
While giving details to what happened, he said: “Wabote’s problems with me started when he asked me to appear as a witness for him over the defamation case against Mr Ude. I refused. Next thing, he sent some people to me in my Yenagoa home at about 10pm in the evening offering me money to appear as a witness to corroborate his claims that he is being blackmailed by Ude and Frank. I told the people he sent | would never do that since that was not the case.
“He then without my knowledge or consent, added my private chats with him in his U.S Court filings, claiming blackmail and attempt to extort him. It is all a lie and a ploy by Wabote to beef up his case which he is struggling to prove in the U.S Court.
“After I refused to back him up and instead tendered an apology to Mr Ude who knew nothing about my conversations with Wabote, Wabote and the Minister of State, Petroleum, Timipre Syiva, used the DSS to arrest me. I was detained for 48hrs by the DSS in Yenogoa for no reason. Till date, nobody has told me my offence or offences.”
Raising alarm over his saftey, Ogidi lamented “My life has been in danger, I have been in hiding since I was released from the DSS detention. I have been receiving threat calis from unknown numbers who are accusing me of trying to bring a fellow ljaw man down.
“I run a news blog and most times cull up stories from different websites. I culled up the story that brought about the defamation against Mr Ude from Pointblanknews. I didn’t do that for pecuniary gains. Although, I contacted Wabote on a personal level as an Ijaw man. I regret that decision. Wabote should please leave me alone and stop using my conversations with him to attack people.”
He urged urged Wabote to face his defamation case and allow truth prevail in the event that he has nothing to hide.
“Seeking to use me after his failed attempt to lure me with N10million to support him in his defamation case will never work. I am speaking up now that I am still alive. I don’t know what his antics would be next. If anything happens to me and my family, the world should hold Simbi Wabote, his leader and his proxies responsible. I will continue to defend myself and those he is seeking to bring down in this matter” . The letter concluded.