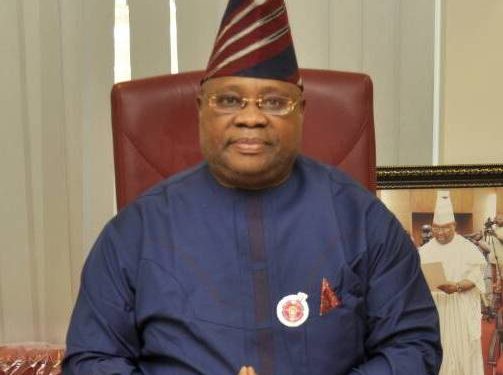 The Court of Appeal in Abuja has set aside the April 2, 2019 judgment by Justice Othman Musa of the High Court of the Federal Capital Territory (FCT) which voided Adeleke’s candidacy in the last governorship election in Osun State on the grounds that he was not qualified, having not possessed valid secondary school certificate.

A three-man panel of the court, held in a unanimous judgment on Thursday, that the FCT High Court was wrong to have concluded that Adeleke did not complete Secondary School and that he made false representation as regards his educational qualification.

Justice Emmanuel Agim, in the lead judgment, faulted the trial court for assuming jurisdiction over the case, which he said was filed by Wahab Raheem and Adam Habeeb outside the 14 days prescribed for pre-election cases by the Constitution.

Justice Agim said the case was statute barred, the plaintiffs having not complied with Section 285 of the Constitution in the filing of the case and the trial judge, having failed to deliver its judgment within 180 days.
The judge faulted the conclusion by the trial judge that the suit was not pre-election case.

He said a suit for a declaration that the information provided by a candidate in Form CF001 was false.

Justice Agim held that being a pre-election matter, the suit ought to have been filed within 14 days from the day of the occurrence of the event complained about and judgement given within 180 days, as provided in Section 285 (9) and (10) of the Constitution.

He noted that the giving of the information to INEC occurred when the CF001 of the appellant was submitted on 24 July 2018.

He noted that even if the 1st and 2nd respondents (Raheem and Habeeb) became aware of the said information on 4th of August, 2018 when it as published in the newspaper, it would have still been out of time when the 14 days is calculated from the date the suit was filed.

“Therefore, the suit is statute barred. The trial court had no jurisdiction to have heard the case,” Justice Agim said.
He proceeded to void the entire proceedings and judgment given by Justice Musa on April 2, 2019, which he said as delivered 209 days after the suit as filed, as against the required 180 days.