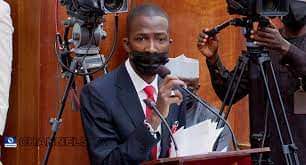 A human rights activist, Comrade Adeniyi Alimi Sulaiman, has thrown his weight behind the decision of the new Chairman of the Economic and Financial Crimes Commission (EFCC), Mr. Abdulrasheed Bawa, that the Bank officials in the country should declare their assets, saying it is right decision at the right time.

Specifically, he disclosed that the new Chairman of the EFCC had
started on a good note following the new policy, stressing that the
bank officials were aidding and abetting the fraudulent activities
ravaging the banking sector in the country which made their teeming customers to lose their hard earned resources to fraudsters.

Comrade Sulaiman who is Executive Chairman, Centre for Human Rights and Social Justice (CHRSJ), stated that Bawa had planned to uproot the major financial fraud in the banking industry and that was why their Unions were crying wolf when there was none.

It would be recalled recently that, the new Anti-graft Chairman, Mr.
Abdulrasheed Bawa, had penultimate Tuesday, announced that the
Commission would from June 1st, 2021, be demanding the Asset
Declaration forms of the Bankers.

Backing the EFCC Chairman, the pro-democracy activist, maintained that the bank officials from Tellers, Marketers and other senior officials were perpetrating fraud in the industry.

According to him, Mr. Abdulrasheed Bawa, the new EFCC Chairman, had touched the wounds of the Bankers for requesting for their Assets Declaration form June, 2021 and they were not comfortable with the new policy because some of their hands have soiled with fraud in the sector.

Recalling that the Centre (CHRSJ) had earlier drag the three nation’s commercial banks before the apex Bank, the Central Bank of Nigeria (CBN) and anti- graft body, the Economy and Financial Crimes Commission (EFCC) over perceived banking fraud against their customers.

The affected commercial banks were Guaranty Trust Bank(GTB), First City Monument Bank (FCMB) and United Bank for African (UBA),alleging that the banks’ officials were aiding and abetting the recent banking fraud in the banks where money of their customers were transferred illegally to another account and also allowing the fraudsters to open an account with their Banks without necessary requisite, adding that they were colliding with the approved O’PAY agents through which the customers’ money were fraudulently removed.

The rights group insisted to strive to ensure the end of this banking
monster in the land by establishing a Banking-Customers Relation Unit(BCRU),disclosing that the rights group would use the Unit to stop the
ongoing banking fraud of Nigeria masses of their meager resources in the various banks.

The group cited the defrauding of one Nigerian, Miss Alimi Ganiyat
Temitope of 41 Seriki Street, Lagos, who is a customer of Guaranty Trust Bank( GTB ) Plc with Savings Account Number:-(0430971306) and little girl was defrauding of her sum of Two Hundred and Fifty Thousand Naira (N250,000k) between July 17th,2020 to August 5th,2020 through POS/WEB PURCHASE TRANSACTION-Opay*Flutterwave Ikeja NG.

According to the group, it was surprising that the Guaranty Trust Bank Plc (GTB) refused to help the helpless little girl to recover her
money back when she reported to the bank of what happened to her money in their bank account which made the customer to suspect that their officials had the knowledge of the fraudulent transfer of her money to another account, thinking that she would not have audacity to ask for her money back.

Giving another experience of a customer with Oko-Oba branch of
FCMB, Mr. Ibikunle Adebayo (+234 8103966336) of Account Number:-(6027724010), where sum of One Hundred and Sixty-Nine Thousand naira (N169,000) were deducted from Ibikunle’s Account without his knowledge but with knowledge of the FCMB Bank official.

They respectively used Osifoh Peter with UBA Account
Number:-(2052933837) and OPAY Account of Rufai Saidu with Account Number:-(9031811238), to withdraw the sum of One Hundred and Sixty-Nine Thousand naira from Ibikunle’s Account on Wednesday 11th of November,2020.

It further added that the sum of Five Hundred Thousand naira (N500, 000) were illegally moved out of an account belonging to Mr. Smart-Alli Amusa with GTB Account number: – (0121132515) and Access Bank Account
number:-(0031171790), belonging to Alani Bolarinwa Olaniyan was also experienced illegal deduction of funds. 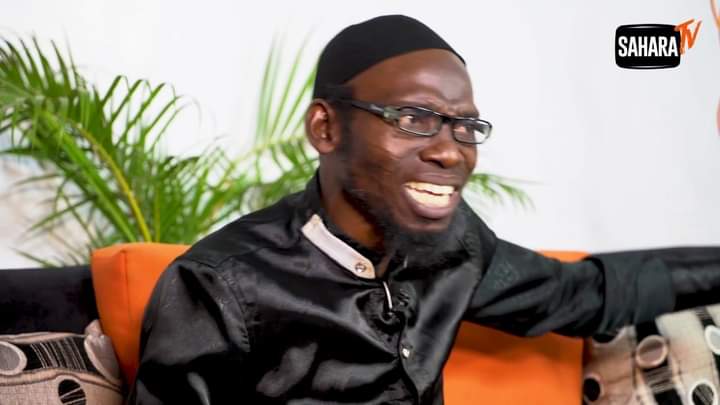 He reiterated that many bank customers have been the victims of such bank fraud in Nigeria, reiterating that the human rights organization would not hesitate to launch “#EndBanking fraud” nationwide protest.