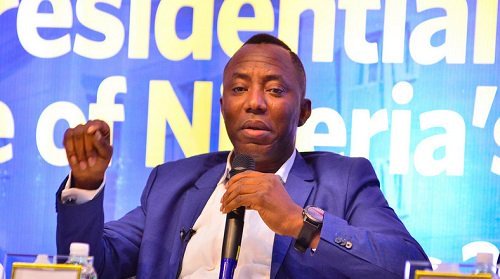 A Federal High Court in Abuja has granted bail to Omoyele Sowore and his co-defendant, Olawale Bakare.
Justice Chioma Ojukwu had fixed 4th of October for the hearing of the matter.
She granted bail to Sowore in the sum of N100m with two sureties in like sum.
The sureties who must be resident in Abuja must also have landed assets worth the bail sum in Abuja, and they are to deposit the original title documents of the assets with the court.
Read Also; Court suspends proceedings on Sowore’s bail application
The judge also ordered him to deposit the sum of N50m in the account of the court as security.
She granted bail to the second defendant in the sum of N50m with one surety.
Mr Sowore is being held on seven counts charge of treasonable felony, cybercrimes and money laundering.
Details shortly…