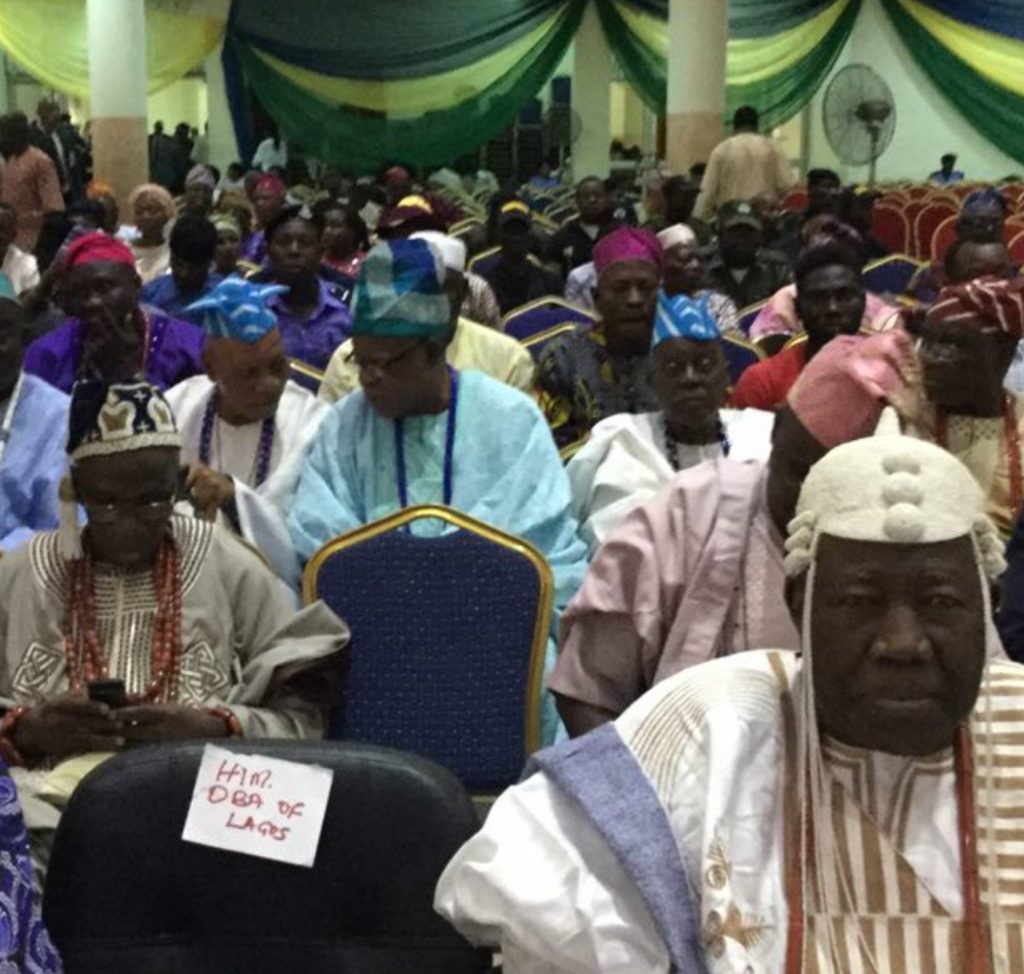 The new 21 obas in Ibadan land appeared to have dropped their crowns in a move seen as surrendering to the Olubadan of Ibadan land, Oba Saliu Adetunji.

They appeared as part of the entourage of the monarch to the ongoing Southwest security summit at the Internatuinal Conference Centre, University of Ibadan on Monday.

The joint public appearance came two years after they went their separate ways following the crowing of members of the Olubadan-In-Council in 2017 by the immediate past Governor Abiola Ajimobi.

The new obas had boycotted the palace since their crowning due to the Olubadan’s opposition to their elevation by the governor.

They were meeting at Mapo Hall.

The monarch argued that the State Government has no right to independently elevate his chiefs.

Though both parties indicated willingness to reconcile while the crisis lasted, the Olubadan insisted that the only condition for reconciliation was for the new obas to drop their crowns and wait for their time to ascend the throne of the Olubadan in line with the custom.

But the obas also stood their ground, stressing that their crowning was already gazetted by the state government.

The appearance of the obas at the security summit however indicated that they have surrendered to the tough stance of the Olubadan.

They wore only common hats as they sat two lines behind the Olubadan as members of his entourage.

The outing may be a silent indication that the royal rumble in the Olubadan palace has come to an end without fanfare.

At the meeting are also the Ooni of Ife, Oba Adeyeye Ogunwusi; Olugbo of Ugbo land, Oba Frederick Akinruntan; Oba of Lagos, Oba Rowland Akiu and a host of other traditional rulers.

Oyo State Governor Seyi Makinde commended the reconciliation between the Olubadan of Ibadan Oba Saliu Adetunji and his high chiefs.

He gave the commendation during his welcome speech at the ongoing South West security meeting at the International Conference Centre, University of Ibadan.

” I think it is a positive development in Oyo State. We are talking about security here; and I think it is part of what will help overall security of the society.”