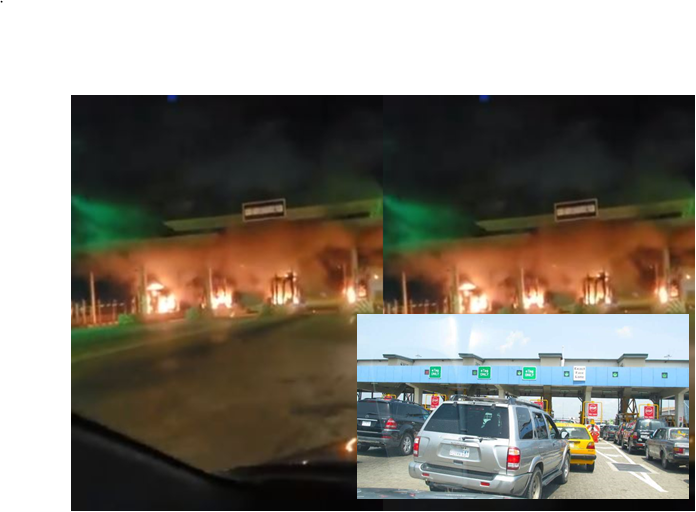 In the early hours of the day, Lagos State governor, Babjide Sanwo-Olu had  imposed a curfew following the wide spread of violence that enveloped the  #Endsars protest in some parts of Nigeria, Lagos inclusive.

The protesters defied the order of the governor and continued in the protest till sundown.

As at the time of filing this report, more than six persons have reportedly died and scores other badly injured.

The soldiers reportedly blocked ambulances from evacuating wounded persons from the protesting ground.

In the heat of the moment, hoodlums were said to have invaded the area and set the Lekki toll gate plaza on fire This is a developing story, follow us for more details shortly…