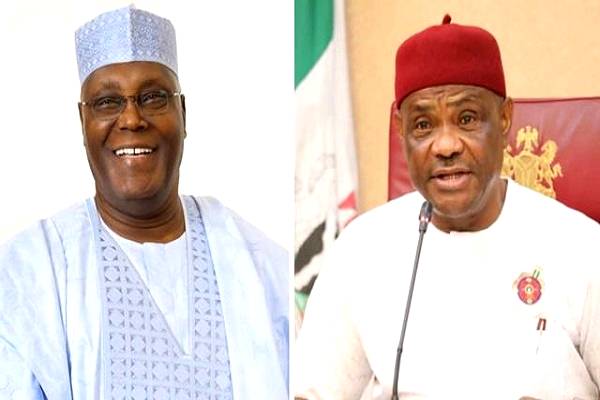 The crisis rocking the Peoples Democratic Party, PDP, on Wednesday, worsened as Governor Nyesom Wike of Rivers State and those sympathetic to his cause vowed not to be part of the Presidential campaign council set up its candidate, Alhaji Atiku Abubakar.

PDP last week announced Governor Udom Emmanuel of Akwa Ibom State as chairman of its campaign council.
Both Atiku and Wike have been at daggers drawn over the removal of the PDP National Chairman, Senator Iyorchia Ayu.

But a source, privy to the meeting held in PortHarcourt, told our correspondence that Wike and his allies agreed not to be part of the campaign council because it was not “inclusive.”

The source said: “The agreement at the PortHarcourt meeting was that the campaign council composition was not representative and not inclusive. They were not involved in the processes.”

When contacted, an aide to the PDP candidate, who spoke under condition of anonymity, said: “Well, the party cannot do more than what they have done for them..it is a democracy.”