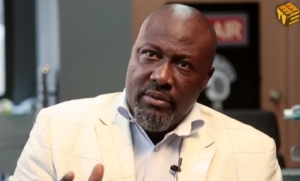 The suspected assassins who allegedly confessed that the Senator representing Kogi West, Mr. Dino Melaye, gave them guns and instructions to recruit more thugs for use the 2019 elections have allegedly broken out of the Special Anti-Robbery Squad cell where they were being held in Lokoja, Kogi State.

The criminals allegedly escaped with some other high profile criminals held in the same cell, it was gathered.

The suspects, Kabiru Saidu, a.k.a Osama (31) and Nuhu Salisu (25 ) aka small, were arrested on January 19 at Ogojueje in Dekina Local Government Area of Kogi State and, according to the police, they confessed to being hired by Mr. Melaye to cause

The Kogi senator had denied any involvement with the suspects.

But Kogi State Commissioner of Police, Ali Jega, he simply said he cannot comment on the escape of the suspects at the moment.