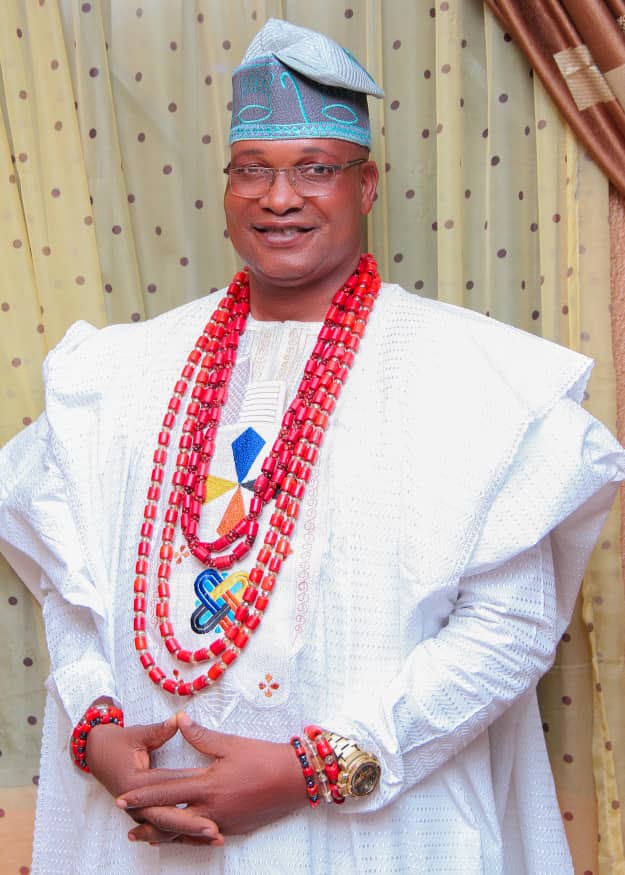 The ancient town of Imasayi in Yewa North Local Government of Ogun State has been agog with celebration following the approval of the State Government of Prince Kuoye Lukman Olalekan as the Olu-Imasai of Imasayi.
As news of the approval of the new Oba of Imasayi spread across the town on Thursday, indigenes and residents of the Kingdom trooped to the streets rejoicing that indeed the best candidate emerged as the paramount ruler of the Imasayi.
The new Oba boasts of a wealth of experience in public service spanning over two decades; and the people of the kingdom are unanimous in their belief that his reign will usher peace and development to the town.
Prince Kuoye, from Oyesokun Ruling House, emerged victorious during the selection process conducted by the traditional chiefs under the strict supervision of officials of Yewa North Local Government officials in Ayetoro in March 2021.
Until his selection to the stool of his forefathers, Kuoye worked with National Identity Management Commission, NIMC. He had also served as Special Assistant to Governor Gbenga Daniel of Ogun State and was also a former Secretary and Vice-Chairman, Transition Committee of Ado-Odo/Ota Local Government.
A renowned social worker, Chief Kuoye holds a Masters’ Degree in Social Work from Lagos State University and was a Past President of Rotary Club of Atan-Ota and Charter President, Rotary Club of Ado-Odo.
The new Olu-Imasayi, who has accepted his selection, praised Governor Dapo Abiodun, and members of State Executive Council for affirming the popular choice of Imasayis.
While thanking the chief and kingmakers, Prince Kuoye called on indigenes and residents of Imasayi and especially those who slogged out the referred tool with him to join hands with him towards building Imasayi Kingdom.
“I want my dear brothers that vied this stool with me to know that we are all winners as my Obaship will be inclusive administration,” the new Oba said.
The custodians of the town’s customs and tradition have indicated that the new Oba will go into seclusion(Ipebi) in the coming days in line with the town’s processes of appointing a new Oba; and as expected, the representative of the state government will present the staff of office to him, prior to the commencement of the seclusion right.