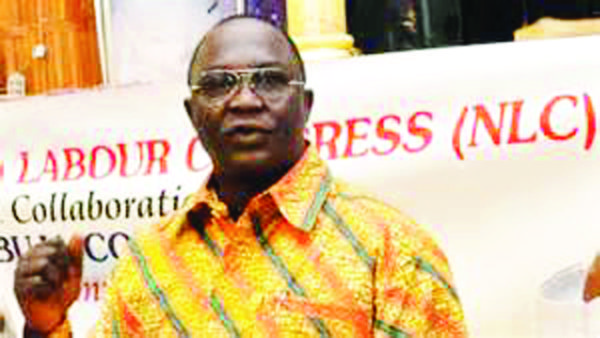 The National Industrial Court of Nigeria, in Abuja, on Thursday ordered both the Federal Government and the organised labour to submit a report of their negotiations on the disputes over the new minimum wage by January 30, 2019.

Justice Sanusi Kado had on November 2, 2018 adjourned the case till Thursday after issuing an ex parte order stopping the strike which the labour had planned to commence on November 6.

The strike was however averted after an agreement was reached on November 5 between the labour and the Federal Government with N30,000 recommended to President Muhammadu Buhari as the new minimum wage regime.

At the resumed hearing in the case on Thursday, the three defendants – the National Labour Congress, the Trade Union Congress and the Nigerian Governors’ Forum – were absent and were also not represented by any lawyer.

But the plaintiffs – the Federal Government and the Attorney-General of the Federation, Mr. Abubakar Malami – were represented by their legal team led by Mr. Emmanuel Omonowa.

Following the absence of the defence teams in court on Thursday, Omonowa informed the judge that based on the order made by the court on November 2, negotiations on the new minimum wage were ongoing.

He, therefore, pleaded with the court to give more time to the parties in the suit to enable them to continue with the negotiations and later give a report on the negotiation efforts to the court.

“Pursuant to Order 42(1) of the National Industrial Court Rules, the court should allow parties to see the possibility of amicable settlement of the matter,” Omonowa said.

Following Omonowa’s request, Justice restated his November 2 order restraining the labour from embarking on the planned strike and warned all the parties to the suit against taking any step that cause disruptions in the case.

He then adjourned till January 30, 2019, for the parties to report to the court on whether or not they had settled amicably or would still be interested in going on with the case.

Justice Kado had on November 2, in a ruling on an ex parte application moved on behalf of the Federal Government by the Solicitor-General of the Federation and Permanent Secretary, Federal Ministry of Justice, Mr. Dayo Apata, stopped the labour from embarking on their planned strike scheduled to commence on November 6.