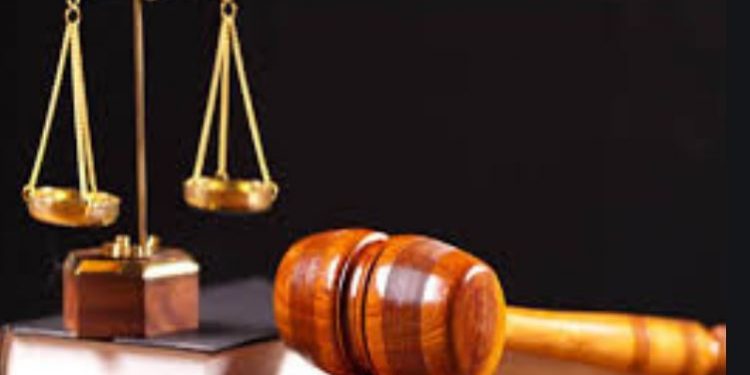 An Enugu State High Court has sacked the traditional ruler of Umuogbugbuagu Autonomous Community, Ugwuoba, in Oji River Local Government Area of the State, Igwe Anayo Anochili.
The Court presided over by Hon. Justice Afam Nwobodo, held that Anochili was not qualified ab-initio to contest for the traditional stool, having presented a questionable Secondary School Certificate.

Another contestant to the throne, Chief Nathan Nwanze Nwangwu had dragged the embattled monarch to court, seeking to be declared the rightful person to occupy the Igweship seat of the community.

Nwangwu had contended that at the time the election was held for the purpose of the stool in 2003, he was the only qualified candidate who indicated interest. He added that his presentation to the government for recognition was truncated by Anochili.

But Anochili had contended before the court that he polled the majority of lawful votes cast during the Igweship election, and was thereafter presented with a letter of recognition.

After reviewing their arguments, Justice Nwobodo said he found merits in the arguments of the plaintiff, Chief Nwangwu, that Anochili was not qualified in the first place.

He held that the defendant “has since tendered his school certificate before this court as Exhibit 16. The said Certificate is dated June 2004 and bears the name of Anochili Anayo C. born on February 1, 1979. Meanwhile Exhibit 2 filled by the 2nd defendant shows that he was born on the 1st day of September, 1965.

“Can it be said that the candidate for the Igwe stool in Exhibit 2 and the owner of the school certificate Exhibit 16 is the same person? My answer is in the negative.

“Now, even if the purpose of argument, that they are the same person, the question is- was the 2nd defendant qualified to contest for the office of the Igwe of Umuogbugbuagu Autonomous Community as the time he filled the form on 30th October, 2003? My answer is emphatic No.”

Based on the above, Justice Nwobodo gave an order restraining the defendants or their agents from conducting any further election or selection on the Igweship for Umuogbugbuagu Autonomous Community.

“The 2nd defendant is hereby restrained by the order of this court from parading himself of being paraded by any other person as His Royal Highness, Igwe Cyril Anayo Anochili or performing any duties customarily reserved for the Igwe of Umuogbugbuagu Autonomous Community.

“The Court hereby declares that the 3rd plaintiff is the qualified candidate for Igweship of Umuogbugbuagu Autonomous Community and was duly elected/selected the Igwe Elect as at 1st January, 2004.

“The defendants shall pay the cost of this action to the plaintiffs, assessed at N100,000 only,” the court ordered.