He started out his career at the Coopers and Lybrand Associates, Lagos, as a management consultant. He soon got to be a Chartered Accountant and subsequently went to work at GTBank. In his time at the bank, spanning over a decade, Herbert rose through the ranks to become the Executive Director  Corporate and Investment Banking.

By his admission, he had seen some ups and downs, had some fears, experienced some turbulence and has equally tasted some very good side to the bargain. “There have also been very trying times. There have been days when we’ve had to roll on the floor and pray, and just beg God that certain things shouldn’t happen, when there’s been big changes in the macro.

“There was some information about an exposure which we had. The communication was that it was not a performing loan, and it was not true. Because of the size of the loan, it could have triggered an issue. We were a much smaller institution. And our reputation, particularly in banking, could affect the overall franchise. It could affect our stakeholders, our customers, most importantly our people, because they were going to be concerned about our professional future.”

He was quite concerned, he admitted at a point in time. I was absolutely petrified of failure and would do everything possible not to find myself in certain circumstances, he said. “People ask us why we spend so much time working. Apart from the fact that we truly enjoy what we are doing, I enjoy every second of what I do,  but the thought of failure is something I don’t want to dream of. So, we are perpetually seeking ways to better prepare ourselves for those difficult moments in life.

‘’There were people who thought, ‘how are these guys going to pull it together?’ There were those who thought, ‘young people don’t work together very well, they are likely to quarrel.’ Several people thought like that, some also said: ‘It’s just a matter of time, something will happen.’

‘’In fact, there were some consulting firms that said they were not going to take on our mandate because these guys are just a bit too young for what they want to do. So that was the kind of vibe that we got,  adding however that there were “more days of celebration with each passing thing, each success makes us so much more confident. So, it’s been mixed feelings, on the whole, there’s so much thanksgiving to God.’’ ”

That is largely the trajectory of the corporate world. Some prepare for it, while for some others, it is thrust upon them. What one makes of it is made manifest in space of time.

Within the period that he began to toil in the banking space, Wigwe had weathered some storms no doubt. In the period he rose to become an Executive Director in GTBank, to when he and his co-traveller, Aig-Imoukhuede bought ‘little’ Access Bank, and then went on to acquire Intercontinental Bank and very lately, Diamond Bank and Transnational Bank of Kenya, Wigwe in the course of these transactions, would have taken some hard decisions, rightly so, in the line of duty. Having therefore been acquainted with these developments  over time in addition to other boardroom challenges, it has  become a matter of routine, doubtless, that the challenges thrown-up by the outbreak of the COVID-19,  serious as they are (make no mistake about that for no sector is spared), were not expected to sweep Wigwe of his feet. He has been prepared for a time like this.

As pervading and dangerous the COVID-19 pandemic impacts are, they bear repetition so that no one is left in doubt as to the danger the world faces.The pandemic, not being a financial issues per se, yet its impact has consumed and crippled all businesses, the banking industry not being an exception.  The global business community, be it in the developed world, developing, countries, or emerging markets have been brought to their knees. Job loses every where are numerous. In the US where data is readily available, over 30 million people have filed for unemployment benefits, while in April alone, over 20.5 million were reported to be out of jobs and still counting. Spiralling death tolls have become the new normal, medicament and health care facilities have been stretched to their limits, even at that, no one knows when this shall come to an end. Uncertainty is now the new normal.

In situations like this, corporate chiefs and political leaders are taking proactive steps and making moves in the expectation that per chance, they may strike the cord that would mitigate the devastating impact of this ravaging scourge. To do nothing is to wait for a certain death, or imminent disaster. In Britain for instance,  it was announced a few weeks ago that  the government has offered to stand in for workers who were asked to stay at home with a promise to underwrite their salaries for a period of three months in the first instance. Some other developed countries have also offered similar, or other alternatives. Also in the US, Congress approved a $6 billion package that entitled households to about $2,000 monthly, with a proviso that it will consider a review upward as events unfold. So far, none of these measures put forward by the developed countries is available at home, or in most third world countries, save for pronouncements of palliatives being provided here and there with no specific modus operandi of how the service is administered. 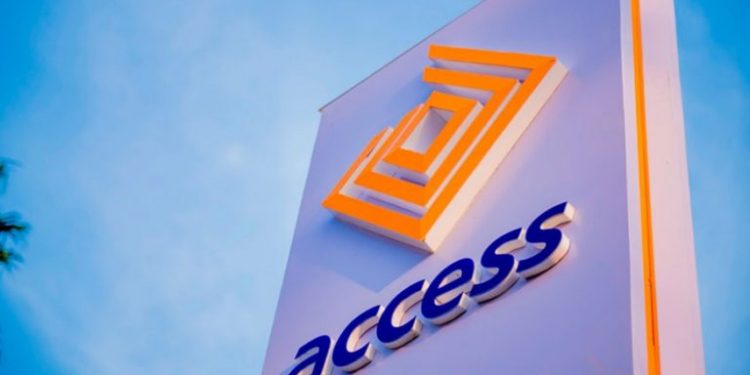 While some have taken to laying off employees, others have put a cut on the monthly payroll, Access Bank has taken the empathetic route of trimming operating costs instead of outright workforce downsising.

Wigwe, in statement, assured that Access Bank has put in place a robust business continuity process that is enough to sustain the bank’s performance going forward, saying the bank “was well prepared for COVID-19 early enough and created ways of working from home and working with our customers. We set up links with our customers and devised ways of reaching out to them three or four times a day. This happened even before we started working with the larger society and it enabled us to start fighting this pandemic”.

He said to remain accountable to shareholders and keep the business running, it has become necessary to rationalise cost structure, including salary and even service providers. In stating the obvious, Wigwe said no business was having it easy at this time. He said top global enterprises have taken various measures to ensure that they stay afloat of the situation, pointing out that this is a time when we all need to be more understanding and work towards eradicating the virus so that we can continue living our normal lives. Sometimes, everyone has to endure some discomfort in order to ensure that no one is left behind, and this sums up the rationale behind Access Bank’s decision,  because in his words, “all shareholders, including employees, deserve empathy and consideration”.

Wigwe also took the exceptional step of leading by example. He offered to cut his pay by 40 per cent over the period that the pandemic  is in force, saying the measure will be graduated down the line, with the assurance that no staff member would lose their jobs because of COVID-19.

He said: “To keep to this commitment, we have made a decision at the management level to restructure salaries. This will start with me, who will have a salary restructure of 40 per cent, while other employees will have their salaries slightly reduced as well. It has become essential to take this decision in the interim, considering the economic realities and hope to reverse it as soon as economic activities become stable.

“As an employer of over 30,000 employees, our employees are our greatest assets. We understand how difficult these times are and we are determined to ensure that our staff remain in employment,” Wigwe said in the statement.

Access Bank  has been ranked as the overall best company in Corporate Social Responsibility  and Sustainability in Nigeria for the year 2019 based on a result drawn from impact assessments of 910 organizations operating in Nigeria over the last 13 years. The ranking took into cognizance Access Bank’s participation in impactful national projects, its recognitions and ratings from international award bodies, investment in CSR and sustainability.

The bank has in place a corporate strategy and philosophy which places sustainability at its core, ensuring  that  projects and initiatives undertaken by the bank are impactful and strategically linked with the United Nations Sustainable Development Goals. Under Wigwe’s leadership, the bank has also recorded outstanding results by undertaking several initiatives across the country.

Having launched the Nigerian Green Bond Market Development Programme in June 2018, Access Bank’s determination to promote sustainable growth through funding of projects at a lower cost of capital, led to the issuance of a N15 billion (USD41 million) corporate green bond in 2019. The issue is the first-ever Climate Bonds Initiative certified corporate green bond in Africa.

He certainly knows what it takes to be a leader. His work attitude, ethics and  transparency and strategies in navigating uncharted terrain and circumstances in the global economy, have attested to him being a proven, tested and pragmatic leader. His approach to amicably resolving the challenges thrown up by the coronavirus scourge in marrying the corporate interest with those of the workforce, and leaving all interests well protected, should be commended. He rose to the challenge of the moment and proactively adopted measures to keep the financial institution going, not only that, but strong and competitive.Transparency is a strong virtue of leadership.

Clearly, one thing the ravaging pandemic has revealed, according to Barclays Bank boss, Jes Staley, is  that having thousands of bank workers in big, expensive city offices, “may be a thing of the past”.

Staley pointed out that about 70,000 of Barclays’ staff members worldwide are working from home due to coronavirus lockdown measures, leading the bank to rethink its long-term strategy. So, it is not just Wigwe taking proactive and pragmatic steps to remain competitive, he is sure having a head start here by his bold and pragmatic approach.