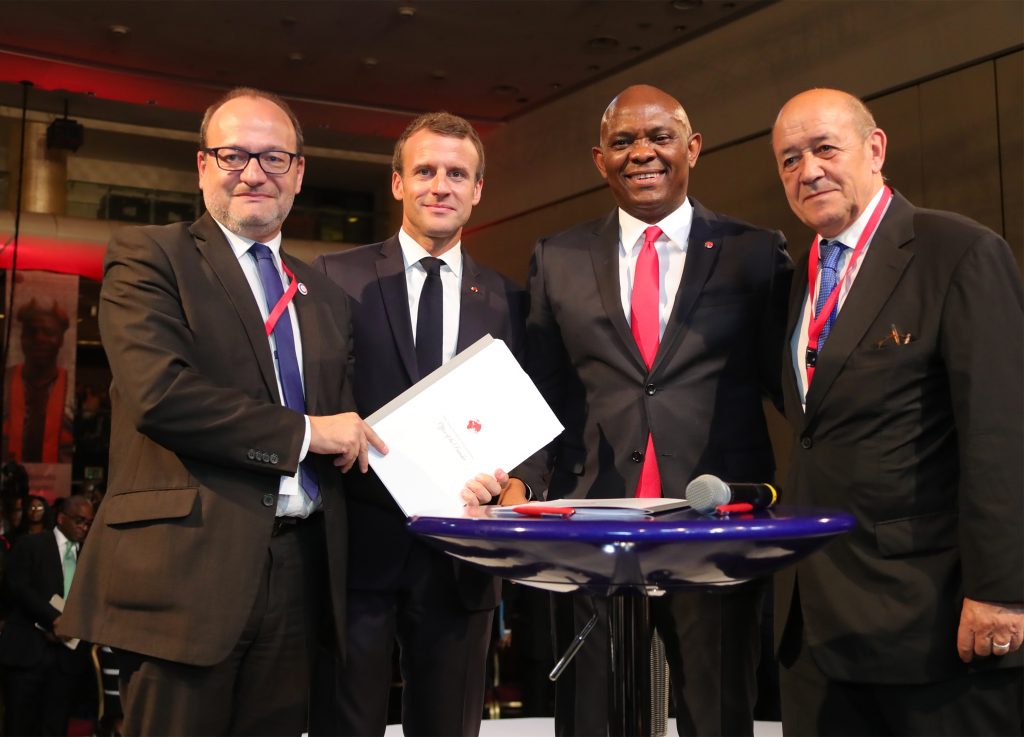 A new Aican free trade area could be just weeks away as the last few countries ratify an agreement signed last year. The plan to boost intra-African trade by half is gaining much attention in Davos this year.

When you ask Tony Elumelu if Africa would profit from free trade, the Nigerian entrepreneur and philanthropist does not have to think long. “If we look at other parts of the world, intra-regional trade helped significantly. For us to develop in Africa, we must embrace this,” he told DW at the World Economic Forum in Davos. “We need to develop and broaden the market. We need to integrate Africa by trade also.”

He might not have to wait much longer for this to happen. Last year, 49 African countries signed the Continental Free Trade Area (CFTA) agreement, which is supposed to do away with tariffs on most goods and other trade barriers.

The agreement will come into force once 22 countries have ratified it. With only seven more to go, it might only be a matter of weeks. So in times when others are erecting trade barriers once again, leaders on the continent are edging closer towards establishing the largest free trade area since the World Trade Organization’s inception.

It would create a market with a combined GDP of around three trillion dollars and, according to the African Union (AU), boost intra-African trade by 52 percent. As enterprises will get the chance to enter new markets, unemployment is predicted to fall and economic output to go up. And the effects in the long-run could be even more substantial.

“Those nations who trade in raw materials are the ones that are poor. Those that actually trade in value-added products are the ones that are rich,” Akinwumi Adesina, president of the African Development Bank, explained. But as African economies will be able to cooperate more closely, he hopes companies will create more elaborate value chains to produce higher-quality goods.

Investments would come at a crucial time when it is estimated Africa lacks up to $100 billion (€88 billion) for infrastructure projects alone.

Making it work for the 99 percent

But as rosy as the economic future may seem, there are, of course, also challenges that governments will have to overcome. Winifred Byanyima, the head of Oxfam International, warned leaders of what freewheeling globalization can lead to.

“We have richer countries, richer companies, richer people gaining from trade liberalization and many others left behind,” she said. Whether Africans with lower incomes will also benefit from the CFTA would depend on what measures of success those in charge apply. “The most important measure is the good quality jobs that will be produced for our young people and for women.”

A new era — also for Nigeria?

Despite these words of caution, euphoria for the CFTA is high. Before Africa lies the beginning of a new economic era; and some regard it as only that, a start. Bernard Gautier of French investment company Wendel, for example, has already called for even deeper integration by means of common currencies.

And Tony Elumelu advocates to not only let goods flow freely. “We need to carry common passports or at least simplify the border entrance so that people can move freely intra-Africa. People who move freely can trade – and not otherwise,” the billionaire said.