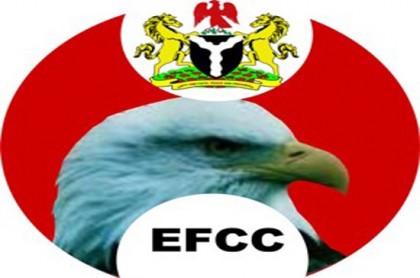 He and three others were arraigned before Justice Babs Kuewumi on 11-counts of money laundering.

They were accused of conspiring to disguise the unlawful origin of N3.5 billion paid into the account of Melrose General Services Limited.

The company was also arraigned.

The commission said they reasonably ought to have known that the money represented proceeds of their unlawful and fraudulent activity.

The alleged offence contravenes Section 15 (2) (d) of the Money Laundering Prohibition Act 2011 (as amended) and punishable under Section 15 (3).

Melrose was accused of involvement in the alleged N19 billion Paris Club scam.

The company had denied involvement in any fraud, saying it was legitimately engaged by the NGF to render services leading to a refund of foreign loan over-deductions made by the states.

EFCC had claimed in a previous forfeiture proceeding that Melrose General Services, whose alter ego is Robert Mbonu, was never engaged by the NGF for any consultancy services in relation to the Paris and London Club loan refund.

The commission claimed that the company allegedly recopied and misinterpreted work done by another consortium to the NGF for payment.

EFCC said Melrose was paid N3.5 billion by the NGF on December 14, 2016, and that it moved out about N2.2 billion of the N3.5 billion, the balance of which the commission had prayed the court to order its forfeiture.

In count 5 of the charge, Makanjuola was accused of making a cash payment of N50 million to Mbonu on December 20, 2016, without going through a financial institution.

The alleged offence is punishable under Section 1 (a) of the Money Laundering Act and Section 16 (2) (b).

EFCC’s lawyer Ekene Iheanacho prayed that the defendants be remanded in prison. He sought for a trial date.

He said Makanjuola was a former House of Representatives member and was prepared to face his trial.

But, Iheanacho urged the court to dismiss the bail applications, arguing that the defendants would run away if granted bail.

Justice Kuewumi adjourned until October 9 for ruling on the bail applications.