Ex-governors in political wilderness after 2019 polls 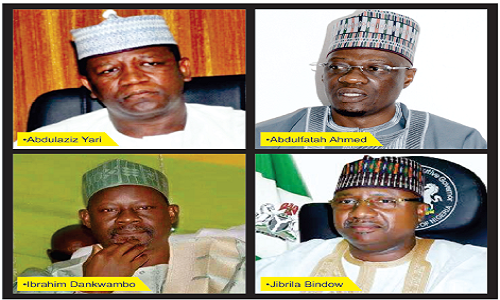 So also is the nomination of candidates for ministerial slots in President Muhammadu Buhari’s cabinet. But it has been different strokes for different folks with respect to the political class. While many are savouring the joy of victory, others are writhing in the agony of defeat. The latter is particularly the case with former governors who either lost their re-election bids or lost their bids to move to the Senate after spending their mandatory two terms. Below are some of the former governors who may have to remain in political wilderness in the next few years because they were also not lucky enough to secure places in the new Buhari cabinet. 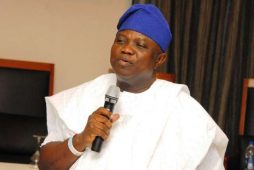 His is a classic instance of the instability of human conditions. Until late last year when words filtered out that former Lagos State governor, Akinwunmi Ambode, had stepped on the banana peel, the conclusion of every pundit was that he was good for a second term as governor, based on the physical structures he had built in the state.

But all that changed with the news that some influential members of the ruling All Progressives Congress (APC) in the state were not happy with the manner he handled the matter of refuse disposal and the alleged poor treatment he meted out to them. The reality of the issue, which began like a piece of unfounded rumour, dawned on his admirers when the party conducted its governorship primaries on October 2 last year and the incumbent governor, Babajide Sanwo-Olu, emerged as the party’s flag bearer for the 2019 governorship election.

With the party’s ticket lost and Sanwo-Olu emerging victorious at the governorship poll, the grapevine began to buzz with the rumour that President Muhammadu Buhari was considering Ambode as a replacement for the governor of Central Bank, Godwin Emefiele, whose tenure was drawing to a close. The rumour became stronger when Ambode successfully brought President Buhari to Lagos in April for the commissioning of some of his administration’s projects. But any hope of Ambode becoming the governor of the apex bank vanished like vapour when President Buhari announced the renewal of Emefiele’s tenure as CBN governor on May 2.

With the dream of Ambode becoming the governor of Central Bank also gone, members of his political camp hinged their hope on his appointment into Buhari’s cabinet as Nigerians waited with bated breath for the release of the President’s ministerial list. Admirers of the former governor just could not contemplate the possibility of Ambode not making the list after the initial disappointments, particularly with the ministerial slots increased from the usual 36 to 42. It turned out a huge shock, however, that the list was released without Ambode’s name on it.

Thus the former governor was edged out of a second term, denied the chance to become the governor of the Central Bank and skipped on Buhari’s list of ministers. The question on the lips of his admirers now is where does he go from here? 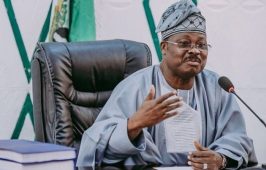 If he had his way, Senator Abiola Ajimobi would by now be wearing the tag of the senator representing Oyo South after two terms as Oyo State governor. That, however, was not to be as Ajimobi who contested the senatorial district’s election on the platform of the All Progressives Congress (APC), was defeated by the candidate of the Peoples Democratic Party (PDP), Dr. Kola Balogun.

It was one of the shocking outcomes of the 2019 general elections that a sitting governor who had spent eight years in office could not muster the needed influence to win election into the same Senate seat he had occupied before he became governor. His undoing, many people believed, was his face-off with the Olubadan of Ibadan, Oba Saliu Adetunji, whose chiefs Ajimobi upgraded to Obas in a move interpreted by many as a deliberate ploy to whittle down the power and influence of the monarch.

The move appeared not to have gone down well with many prominent sons and daughters of Ibadan who saw it as a direct invitation to anarchy in the traditional set up of Africa’s second largest city. The PDP in the state did not only make a political capital of the anger the move provoked in the city to win the governorship election, it also saw the candidate of the opposition party winning the senatorial election at Ajimobi’s expense.

Many admirers of the former governor who had thought that President Muhammadu Buhari would compensate him with a ministerial appointment were disappointed to see that his name was conspicuously missing from the list. But Ajimobi himself has said that reclaiming his senatorial mandate through the courts is more important to him than a ministerial appointment. While his admirers are hoping for a positive outcome of the legal battle, Ajimobi will remain in political wilderness until the deed is done. 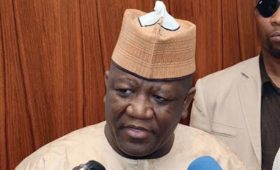 Former Zamfara State governor, Abdulaziz Yari’s case was that of a beautiful dream on the verge of reality truncated by a gang of brutal misadventures. He had contested election into the Senate during the 2019 National Assembly elections and won by a wide margin, only for the Supreme Court to declare his election and those of other candidates of the All Progressives Congress (APC) in the state void.

In the unprecedented judicial pronouncement, the apex court awarded the governorship, National Assembly and state assembly elections held in the state to the candidates of the Peoples Democratic Party (PDP) because the primaries that produced the candidates of the All Progressives Congress (APC), who actually won the highest number of votes at the polls, were deemed a nullity.

The Supreme Court decision affected Governor Yari who had earlier been declared by the Independent National Electoral Commission (INEC) as the winner of the Zamfara West Senatorial election. Yari had polled 153,626 votes while Lawal Hassan of the PDP scored 69,293 votes. But with the apex court’s ruling, Hassan took over as the senator-elect for Zamfara West Senatorial District.

The development has since truncated Yari’s dream of joining the upper chamber of the National Assembly while he also missed out on President Muhammadu Buhari’s ministerial list. 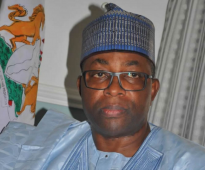 The governor, who sought re-election on the platform of the All Progressives Congress (APC), had been defeated by the candidate of the Peoples Democratic Party (PDP), Bala Mohammed, who polled 469,512 votes in the March 9 election against his own 465,453 votes.

Abubakar had got a reprieve from the ruling of a federal high court in Abuja which granted his request for suspension of the collation of the remaining results. But that could only delay the reality for a short spell as the court later struck out the governor’s application with the result that in the results that were later announced, the PDP candidate polled 6,376 votes while the governor followed closely with 5,117 votes.

Abubakar had ridden on the back of the Buhari tsunami that swept through the north during the 2015 elections to become the governor of the state, but he was said to have fallen out with many of the state’s stakeholders soon after he assumed office. Many APC stalwarts in the state were also believed to have worked against his re-election because they were aggrieved by the process through which Abubakar emerged as the party’s flag bearer. His failure to pay the pensions and gratuities of retired civil servants in the state was also believed to have contributed to his failure at the poll.

Unfortunately, he was not one of the APC members nominated by President Muhammadu Buhari for ministerial appointment, leaving his supporters to wonder what is next for the former Bauchi governor. 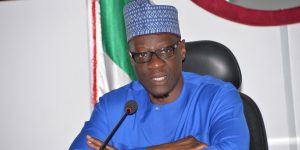 Before the 2019 elections, the immediate past governor of Kwara State, Alhaji Abdulfatah Ahmed, had his sight set on the Senate seat for Kwara South. Long before the elections, Ahmed’s senatorial election had received the blessings of his political godfather and former Senate President, Dr. Bukola Saraki, but the loss of a supplementary election in Ahmed’s own Ekiti/Oke Ero/Isin/Irepodun federal constituency by the PDP candidate he backed as governor changed the equation.

The defeat, coming at the height of intense political rivalry between the Saraki-led PDP and former Information Minister Lai Muhammed-led APC in the state, naturally moved Saraki to high dudgeon. Enraged by the defeat of Ahmed’s candidate in the supplementary election and fearing that Ahmed himself might not have the clout to win the senatorial election against the rampaging political machinery of the APC in the state, Saraki withdrew the former governor’s senatorial ticket and gave it to a candidate he felt could win the election and save him and PDP further embarrassment.

Although Ahmed said the decision to withdraw his senatorial ticket had nothing to do with the loss of the by-election, its import is that Ahmed, who was already on the verge of completing his second term as governor, could not retire into the Senate as he had planned to. That coupled with the fact that he has a very little chance of being offered a federal appointment means he is in for a long spell in political wilderness. 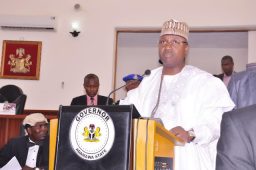 Given the manner the All Progressives Congress (APC) swept the polls in Adamawa State in the 2015 general elections, not many people would imagine that the then governor, Jibrila Bindow, would lose his re-election bid in 2019. But by time the 2019 governorship election ended, Bindow was roundly defeated by Umar Fintiri, the candidate of the Peoples Democratic Party (PDP).

His major undoing, analysts believed, was his concentration of efforts on urban renewal while the rural populace accused the governor of abandoning them as their farm produce were regularly destroyed by criminals. This coupled with Fintiri’s popularity and the internal wrangling within the APC in the state spelt doom for Bindow and APC in the state.

Signs of trouble had emerged a few days to the governorship election when 10 political parties who had earlier entered into a pact with Bindow announced the withdrawal of their support for his re-election bid.

The governorship candidates of the 10 political parties under the auspices of New Generation Governorship Forum (NGGF) told reporters in Yola that they were withdrawing their support for Bindow over his failure to work with their advice and ensure good governance in the state. 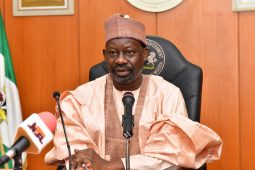 After two terms in office as the governor of Gombe State, having won the elections on the ticket of the Peoples Democratic Party (PDP), Ibrahim Dankwambo sought to push his luck further in the 2019 elections for a seat in the Senate to represent Gombe North. His ambition was, however, halted by the candidate of the All Progressives Congress (APC), Saidu Alkali.

The candidate of the Peoples Democratic Party (PDP) lost in four of the local government areas in the senatorial district in the National Assembly elections conducted on February 23, with Alkali scoring 152,546 votes while Dankwambo garnered 88,016.

Dankwambo was first elected Gombe governor in 2011 and won re-election in 2015. He contested in the primary election for the PDP’s presidential ticket in 2018 but finished in the fifth position as Atiku Abubakar, the candidate of the PDP in the last presidential election clinched the ticket.

With his fine run of form halted by Alkali, Dankwambo is guaranteed a place in political wilderness in the next few years.