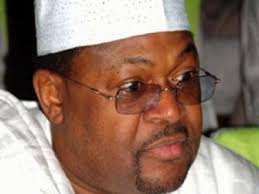 Total Telecoms Solutions provider, Globacom, has announced the first batch of winners in its on –going GO Russia promo.

Globacom in a press statement issued in Lagos, said seven Nigerians emerged from the first draw of the promo, adding that more winners will be unveiled from the next set of draws to be conducted soon.

Eventually, 22 lucky winners will emerge from the promo and they will be beneficiaries of an all-expenses-paid trip to Russia.

The promo which runs from May 16 to July 8, 2018, is open to all new and existing Prepaid/Postpaid customers on the Glo network nationwide.

“The GO Russia promo was unveiled to reward our amazing subscribers who have stood solidly behind the brand over the years. Their patronage and support have been overwhelming, and this was why we launched the promo to appreciate them”, Globacom explained.

Globacom, therefore, urged Nigerians to make utmost use of the opportunity provided by the promo to be part of the trip.

Interested customers can participate in the promo by sending GO to 240 on the Glo network.

Winners will be contacted by Glo Customer Care.