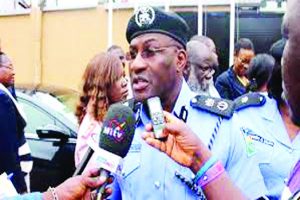 Mbatoho community is a council ward located on an Island in Makurdi town.

Leader of the community, who identified himself as John Tehemen, led a few other residents to lodge a complaint with deputy governor, Benson Abounu, saying that the herdsmen had ordered them to vacate their homes.

He said, “Herdsmen who were fully armed with sophisticated weapons early hours of yesterday (Monday) stormed our community, Mbatoho, and ordered everyone to leave.

“The herdsmen came in large numbers but they did not harm anyone; they only asked us to leave,” Tehemen said. He gave the population of the community to be about 5,000.

In response, the deputy governor said the government had just received the information from the community, adding that he had ordered the security adviser, Paul Hemba, to go and find out the situation.

“The community has just come to inform us about the attack; I have directed the security adviser to report to Police and find out the situation of things. The village is right here (pointing towards River Benue) across the river.

When asked whether the state government is not worried that herdsmen might use the place as a launch pad, Abounu said government would determine the line of action when it establishes the true story.

When contacted on phone, the state commissioner of police, Mr. Fatai Owoseni, told our correspondent that he had just received the report.