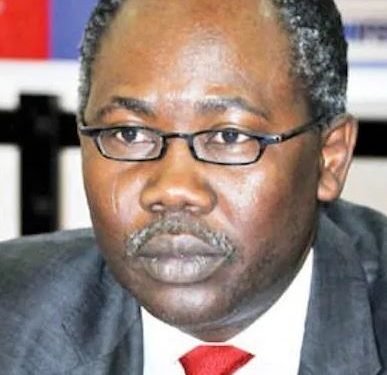 ..Witness: no record of transaction in bank

A FEDERAL High Court in Abuja heard on Thursday how former Minister of Justice and Attorney General of the Federation (AGF), Mohammed Adoke, paid $2,267,200 in cash in his house to a banker.

Mohammed said when the ex-AGF wanted to pay, he called him (Mohammed) to his house and handed him $2,267,200 in cash in a black bag allegedly taken from the boot of his (Adoke’s) car.

The banker, who now works with the Bank of Industry (BoI), gave details of his relationship with Adoke while testifying as the second prosecution witness in the trial of the ex-AGF and a businessman, Aliyu Abubakar, on money laundering-related charges.

Led in evidence by the lead prosecution lawyer, Bala Sanga, the banker said following his appointment, he discovered that Adoke had a N300 million loan facility with his bank, which was still outstanding.

The witness, who said the ex-AGF is his long-time friend, told the court that one of his colleagues sought his assistance to enable Adoke access N300 million facility for about five years.

He said although the facility was a temporary overdraft, which normally should not exceed 30 days, the process, including the documentation and payment of the requisite two per cent fee, amounting to N6 million, was not completed.

Mohammed said, at a point, when officials of the Nigeria Deposit Insurance Corporation (NDIC) and the Central Bank of Nigeria (CBN) came to assess Unity Bank’s liquidity status in view of the prevalence of non-performing loans, they identified Adoke’s account and threatened to name the account as among those belonging to politically exposed persons who are responsible for the collapse of banks.

The witness averred that because Adoke is his friend, he pressurised the ex-AGF to repay the loan to avoid his name being made public.

Under cross-examination by Adoke’s lawyer Kanu Agabi (SAN), the witness said he acted as an agent of Unity Bank in his dealings with Adoke.