I need a formidable team for my next level work – Buhari 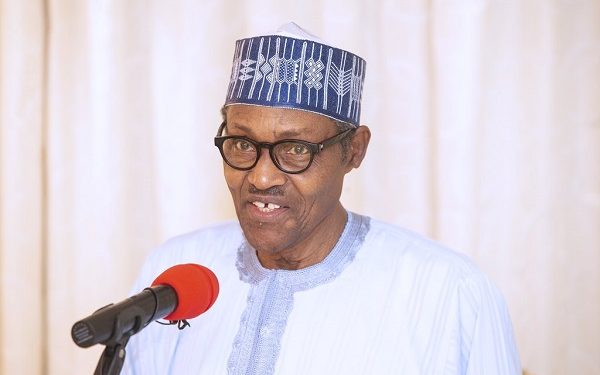 President Muhammadu Buhari on Tuesday said that his administration requires a formidable team to deliver his Next Level mandates to Nigerians.

The President, who will soon name his cabinet members, made the remark while receiving the Buhari Media Organisation (BMO) led by its chairman, Omoniyi Akinsiju, at the Presidential Villa, Abuja.

The President also insisted his administration will do everything to end insecurity in the country.

Stressing that he will make Nigeria a peaceful and prosperous nation, he promised to leave Nigeria better than he met it.

He said: “Our government continues to grow in strength and will place a firm foundation for future generations.

“While there will be those who are determined to drag us back to the bad old days, your visit is timely. It is a exactly a month ago that I was sworn in for a second term in office. The task ahead for the four years will require a formidable team.”

He described the BMO as a key communication in the information management asset to his administration.

According to him: “Your efforts have been commendable. I cannot thank you enough for your sacrifices during the first part of our journey.

“We have just come off a rigorous campaigns during which I visit led all the 36 states of the federation campaigning, seeking the votes of Nigerians and telling them what we have done in the last four years.

“I campaign on three simple premises not different from those of 2015. To tackle insecurity, promote economic diversification and to fight corruption. Fulfilling these three promises are fundamental to taking Nigeria to the next level.

“I assure you that I am resolute on fulfilling these promises and will leave Nigeria a far better place than when we came.

“It is not an easy job to sell the administration’s services, we are doing unpopular things and facing powerful individuals and taking on invested interest who are accustomed to the corrupt era. But we must do things the right way, if we promised change then we must deliver it.

“This is regardless of whose interest is touched. There must be a manifest departure from the old order.

“We are making significant progress and these are evident for all to see. Despite attempts by enemies to twist and bend facts, most Nigerians know the truth.

“I acknowledged your steadfastness in telling the story of this administration’s successes. We will continue to intensify our efforts and ensure that our promises to Nigerians are kept and fulfilled.

“One message that is dear to me which I urged you to propagate is that I am determined to end security challenges we are facing in the country and make Nigeria a peaceful and a prosperous country.

“I employ you to continue the good work you have done with such commitment and the determination, ultimately your patriotism and love for this country can never be quantified or repaid.” he stated

Akinsiju said: “The Organisation regularly commissions the writing and publishing of newspaper opinion articles and press statements to elucidate and amplify government programmes and clarify on socio-economic and political issues being undertaken by the administration.

“Members have also appeared regularly on television and radio to promote and defend the administration while maintaining an active presence on the social media on daily basis, engaging on issues affecting the President and his administration.”

He said the Buhari administration has achieved more since the return to democracy in the country with abundance of facts to prove.

He said:”Despite twisted narrative about clashes between farmers and pastoralists, your administration has shown the most commitment towards ending these decades-long conflicts; it has produced several strategies and plans aimed at providing a sustainable resolution.

“We are conscious of the need to push your achievements beyond elitists boundary to the millions of silent and media underserved Nigerians at the base of the pyramid.

“We are resolute that this must be done. We, therefore, respectfully, seek the strengthening of our organization, by a strategic reinforcement of our capacity – through the leadership of Messrs Femi Adesina, Garba Shehu and Laolu Akande.”

Among the delegation was Tunde Thompson, who was imprisoned by the administration of the then Head of State, Muhammadu Buhari, under the draconian Degree 4 of 1983.

The journalist was the Guardian newspaper diplomatic correspondent when he was arrested by the defunct secret police, the National Security Organisation (NSO), alongside a former member of the House of Representatives, Nduka Irabor, who was then an assistant editor at the Guardian.

Thompson was sentenced to a year in prison, for writing about the closure and retirement of some diplomatic staff.